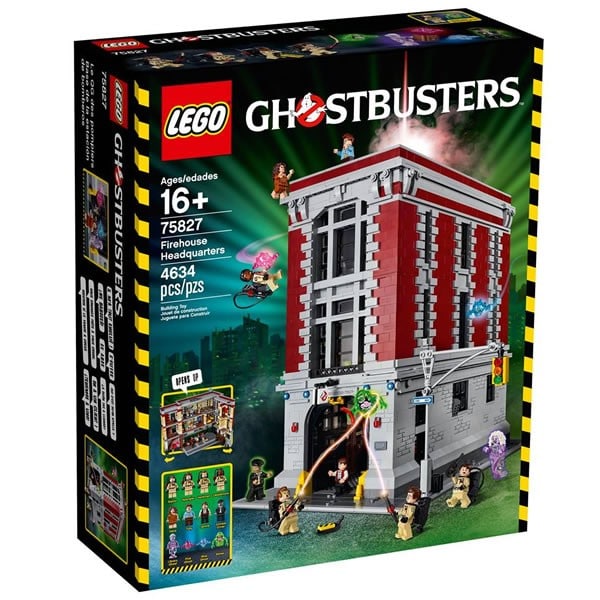 LEGO has finally uploaded all the official visuals of the set 75827 Ghostbusters Firehouse Headquarters. It is therefore the opportunity to finally discover the interior of the headquarters of the ghost hunters. Ecto-1 of the set LEGO Ideas 21108 Ghostbusters (which is also available again on the LEGO Shop) will be able to park in the building but it will obviously be necessary to push the furniture ...

This set will be available from January 1, 2016 on the LEGO Shop and in the LEGO Stores.

Ghostbusters & LEGO: A long-standing partnership that will continue in 2016

Brief return to two pieces of information that seem closely related to me: On the one hand, the reaction to the announcement of the set 75827 Ghostbusters Firehouse Headquarters by Sergio aka Swiss Ghostbusters, the creator of the LEGO Ideas project Ghostbusters HQ which in its time had reached the 10.000 supports necessary for its passage in the review phase before being rejected by LEGO and on the other hand the announcement by Sony Pictures of the presence of LEGO among the manufacturers who will offer products derived from the reboot of the franchise which hits theaters in July 2016.

In short, Sergio recently moved similarities between the building of the official set 75827 Ghostbusters Firehouse Headquarters and that of his LEGO Ideas project. He expressed to LEGO his disappointment at not having been informed of the ongoing development of this new official set during his visit to Billund in June 2015 and LEGO cracked a response indicating that, confidentiality obliges, he is normal that Sergio was not warned: "... We debated whether to share this news with you early during your visit to Billund in June, however we chose not to do so in accordance with our confidentiality policy ..."

By the way, LEGO completely refutes any desire to plagiarize Sergio's creation and indicates that it has developed the set for its part. 75827 Ghostbusters Firehouse Headquarters under an agreement with Sony Pictures: "... 75827 Firehouse Headquarters was developed independently of any LEGO Ideas submission depicting the firehouse, and is a result of the ongoing relationship we have with SONY Pictures. Our LEGO designers planned and created the set by referencing the Ghostbusters film and through collaboration with the studio ..."

Sony Pictures which just announced a few days ago that Mattel and LEGO are partnering the Studio on the Ghostbusters license, whose team of four Ghostbusters from the upcoming film will be made up of female characters: "... Alongside Mattel, we have LEGO on board, Funko doing Pop! Vinyl and Rubie's is making costumes. It's expansive. We have something for everyone, whether you're a collector or an everyday toy buyer ...".

We suspected that LEGO and Sony Pictures had reached an agreement as soon as Brent Waller's LEGO Ideas project was validated, which in 2014 led to the marketing of the set. 21108 Ghostbusters, followed this year by three expansion packs for the LEGO Dimensions video game and in 2016 by the set 75827 Ghostbusters Firehouse Headquarters.

If we are to believe the press release from Sony Pictures, yet not very clear on the subject, other LEGO products are potentially coming in 2016 to accompany the release of the reboot of the franchise.

In this story of similarities between two creations, that of Sergio and that of the manufacturer, LEGO will have at least been guilty of not having informed the creator of the rejected LEGO Ideas project of the ongoing development of a similar product and readily acknowledges it: "... You're correct in noting that we could have employed an NDA, and we sincerely regret not making the extra effort to share the confidential news of the upcoming set ..."

For the rest, everyone will form their own opinion on the subject. 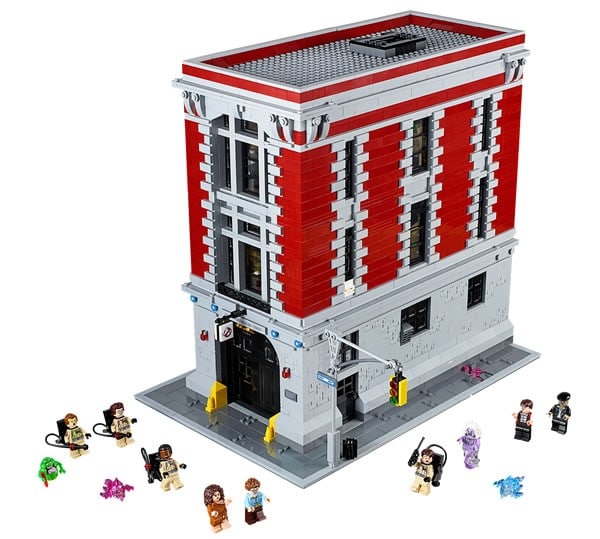 Bad news for fans of the Ghostbusters license: the 75827 Ghostbusters Firehouse Headquarters set is finally live at this address on the LEGO Shop and the public price of this Ghostbusters HQ for France is ... 389.99 €.

This set will therefore be the ideal complement to Ecto-1 from set 21108 sold for 49.99 € and which is currently out of stock. 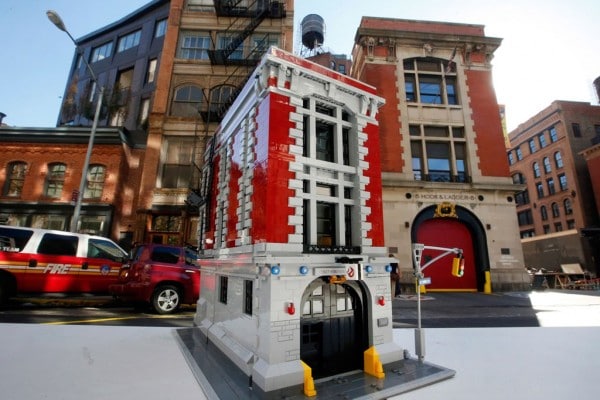 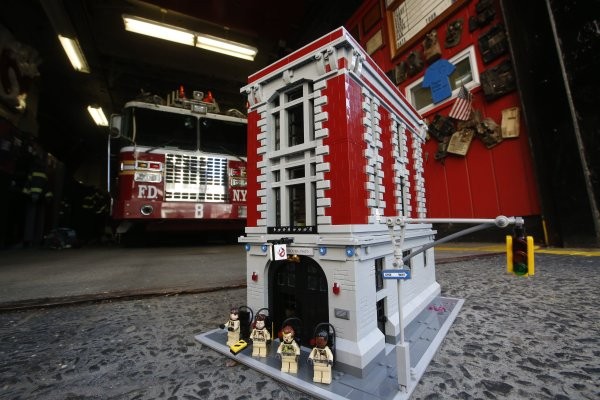 Those who already own the set LEGO Ideas 21108 Ghostbusters will finally be able to offer shelter to their Ecto-1. The others will have to wait a little longer to get the emblematic vehicle of the Ghostbusters franchise: The set, marketed since 2014 and sold for 49.99 €, is currently out of stock on the LEGO Shop.

The 75827 Ghostbusters Firehouse Headquarters set will be available in January 2016 and the advertised US retail price is $ 349.99. Public price for Germany: 349.99 €.
Below is the official description of the contents of the box: 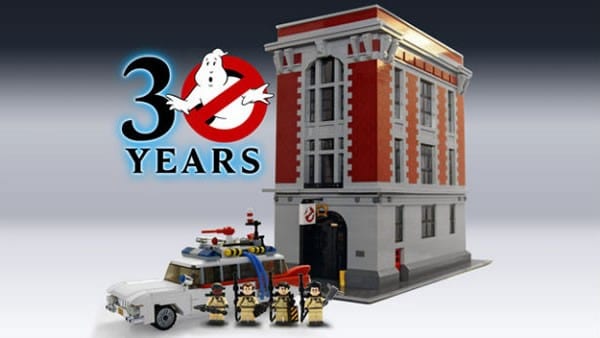 While waiting for the official visuals (the illustration above is a creation of Brent Waller), here is the official description of the highly anticipated set 75827 Ghostbusters Firehouse Headquarters announced by Toys R Us Canada at the public price of 399.99 CAD (+/- 273 € at the current rate).

The two-story, 36cm-high building will be accompanied by nine minifigs and three ectoplasms. No Ectomobile.