Bricklink Designer Program: the official visuals of the sets from the 3rd phase of crowdfunding

On the VIP rewards center: LEGO sets 40584 Birthday Diorama and 40585 World of Wonders available in exchange for VIP points

On the LEGO Shop: the February 2023 LEGO novelties are available

Review: LEGO The Lord of the Rings 40632 Aragorn and Arwen 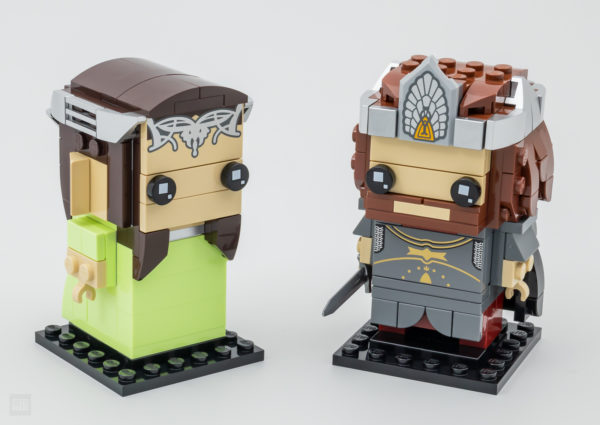 We end the tour of the three packs of LEGO BrickHeadz minifigures under license The Lord of the Rings with a quick overview of the contents of the set 40632 Aragorn and Arwen, a small box whose inventory of 261 pieces allows you to assemble Aragorn and Arwen, all in exchange for 19.99 € since January 1, 2023.

The two characters are here in wedding attire and considering the usual limitations of the BrickHeadz format, I think the designer is doing well. We recognize the two outfits seen on screen in the film The king's return, and even if Arwen's dress is a bit sad in the LEGO version, the most significant attributes of each character's outfits are there.

Three pretty pad-printed pieces are delivered to embody the headdresses of the two bride and groom and Aragorn's armor, they are all very well executed and contribute greatly to giving these figurines a little character. We regret despite everything that the golden zone on Aragorn's breastplate is a little pale, it is in any case much less contrasted than on the official visuals.

I also salute the work of the graphic designers on this product, the elements in question are very well stylized and fit perfectly on these two figurines. For the rest, it's pretty convincing except maybe for Aragorn's beard which gives the impression that the character is wrinkling a toothless mouth. 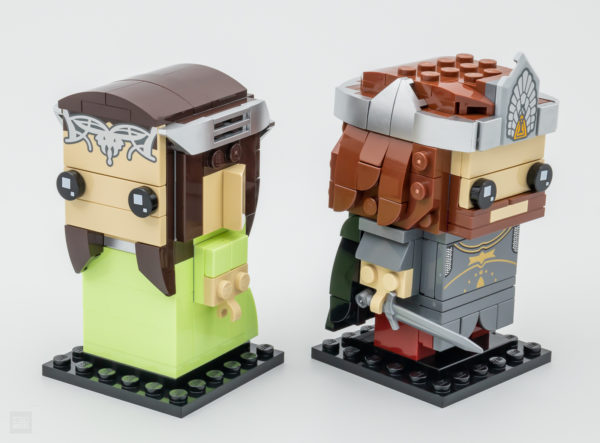 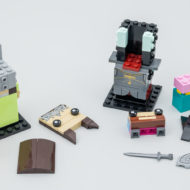 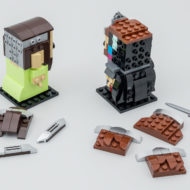 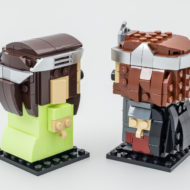 As often, these figures are assembled in a few minutes and they simply repeat the usual techniques, but LEGO delivers the two characters with separate bags and instruction booklets which makes it possible to share the experience.

The return of The Lord of the Rings license to LEGO is good news for fans, even if the latter did not necessarily expect this reboot to be done via a few figures in BrickHeadz format divided into three packs of two characters of uneven quality. We will have to do with it while waiting for better.

The simple presence of the license logo on these three boxes will however be enough to make them products in high demand, even among those who usually ignore these cubic figurines. As far as I'm concerned, the fact of being able to immerse myself in the world of the license via these few constructions will also have been enough to make me happy, that's already it. As the saying goes, "for lack of thrushes, we eat blackbirds".

Note: The set presented here, provided by LEGO, is as usual involved. Deadline fixed at 14th January 2023 next at 23:59 p.m. Just post a comment under the article to participate. Your participation is taken into account regardless of your opinion.

Update : The winner was drawn and notified by email, his nickname is indicated below.

On the LEGO Shop: new features for January 2023 are available 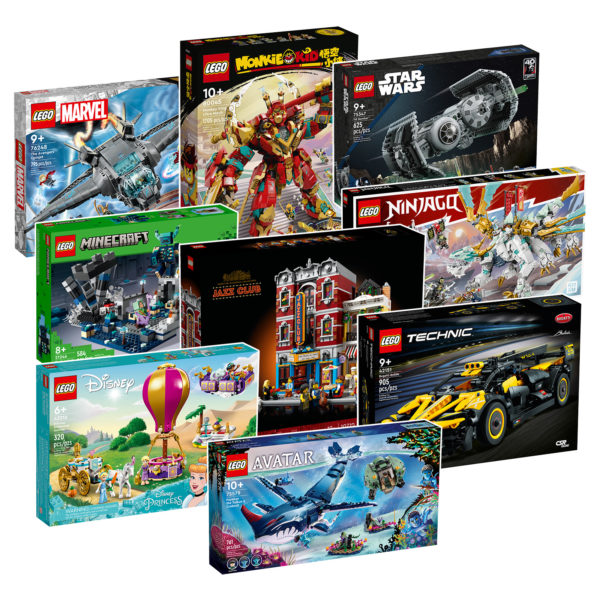 It's January 1, 2023 and LEGO is marketing a very large handful of new sets from today on its official online store with an assortment that covers many in-house or licensed ranges.

As usual, it's up to you to see whether to crack without waiting by paying the full price for these boxes or whether to show a little patience and wait for the inevitable reductions that will be offered in the boxes. weeks and months to come at Amazon, on FNAC.com and at a few other resellers.

New to LEGO The Lord of the Rings 2023: at least three BrickHeadz minifigure packs 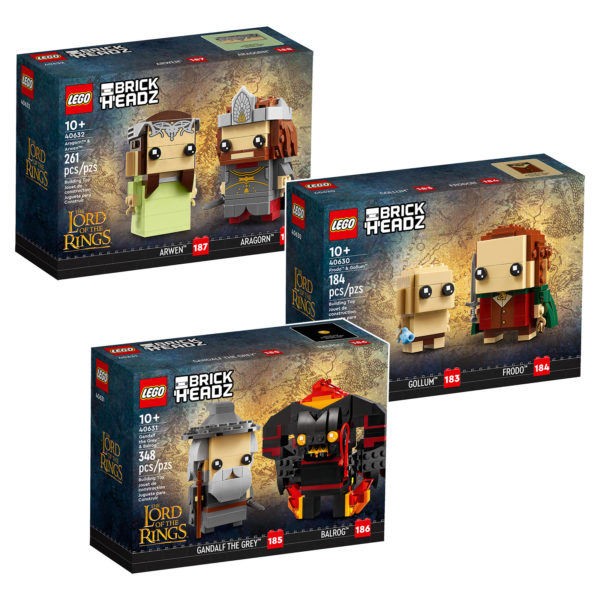 It is the manufacturer who confirms it with the posting of some visuals: The Lord of the Rings universe will return to LEGO in 2023 even if in January it will be necessary to be satisfied with three packs of BrickHeadz figurines.

I find them quite successful, but it's probably the excitement of seeing this universe reappear at LEGO that disrupts my ability to judge. It's also always less good than a few boxes with decorations and figurines but it's a good start while waiting for better during the year... 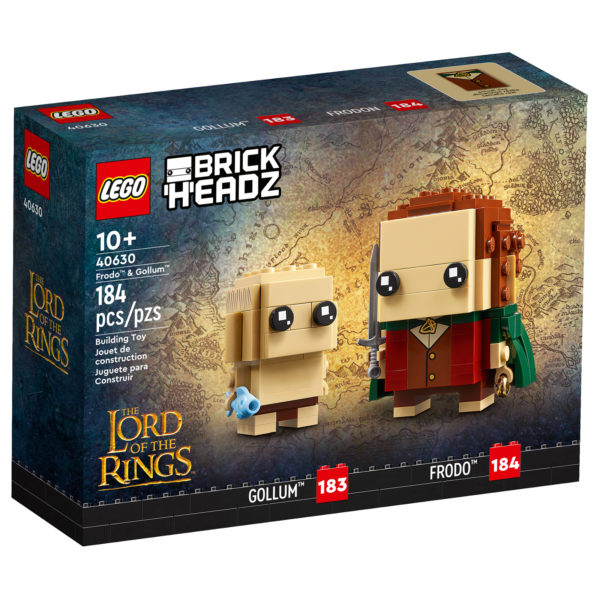 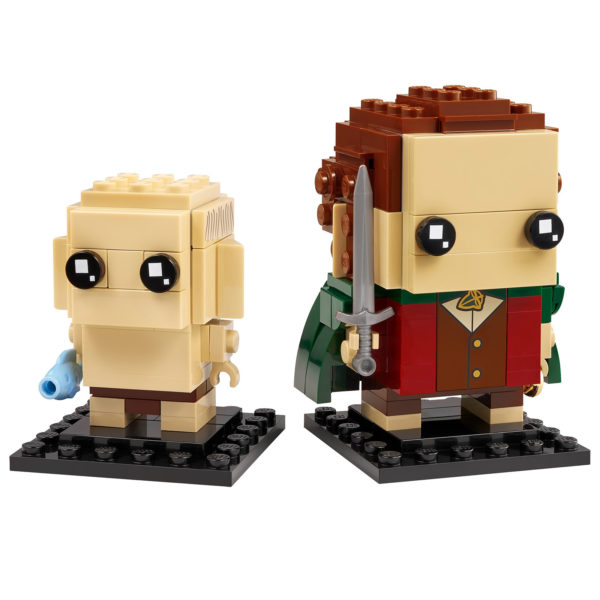 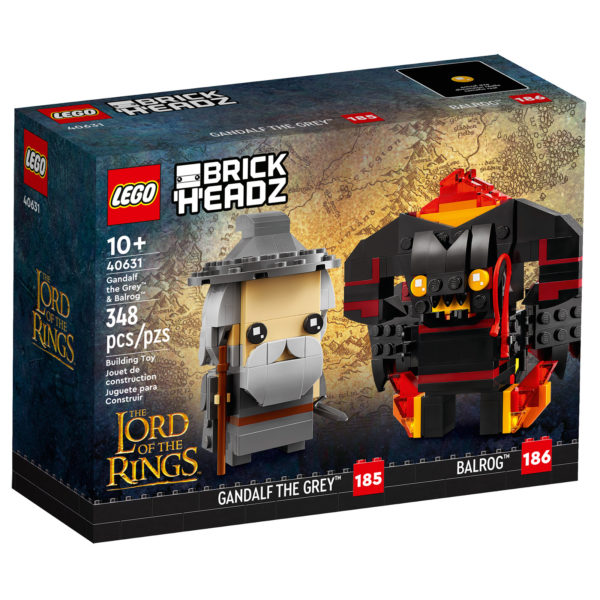 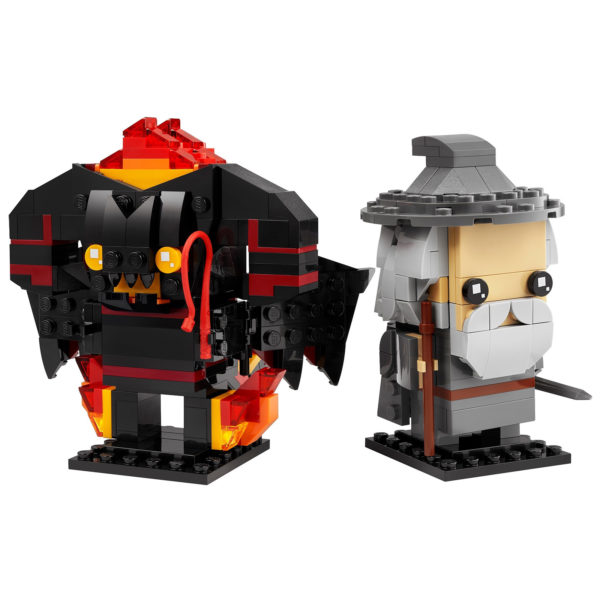 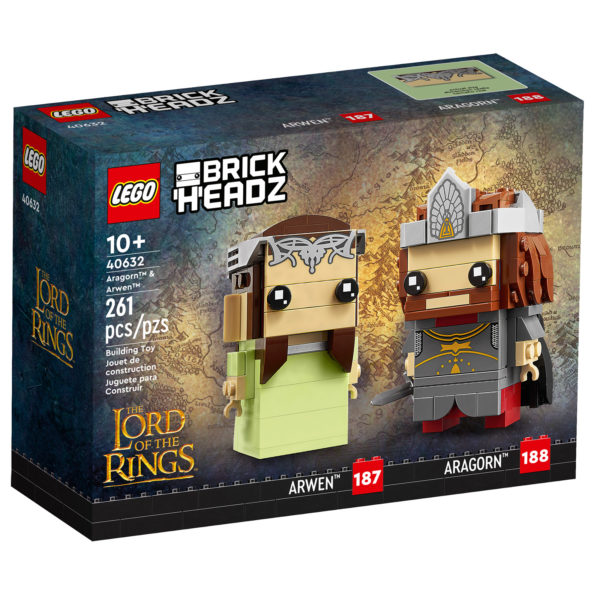 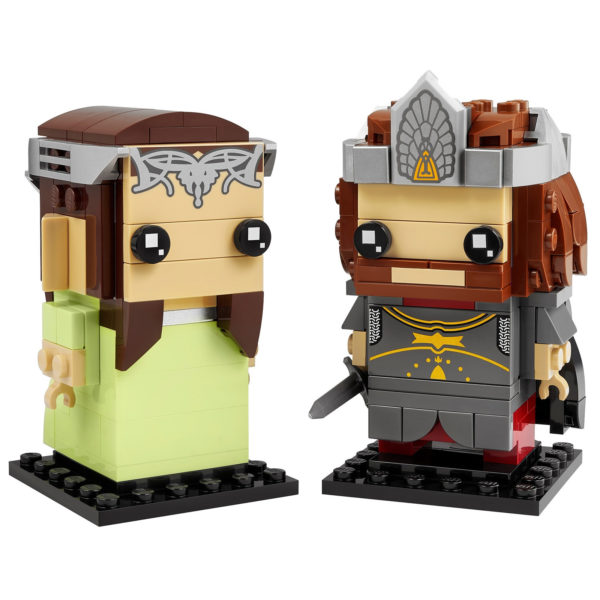