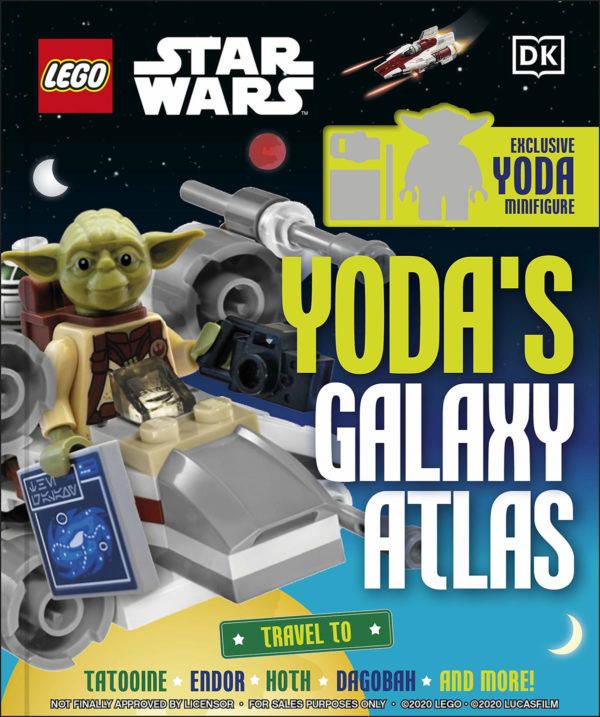 The suspense concerning the identity of the exclusive minifigure which will be inserted in the cover of the book entitled LEGO Star Wars Yoda's Galaxy Atlas ends today with the online availability ofa first visual.

We now know that it will be an exclusive version of ... Yoda, which in the end may seem logical knowing that it is he who serves as a common thread for the content of the book. Oddly, the minifigure is hidden on the provisional cover visual, but we see it in the rest of the illustration with its map, camera, and backpack. 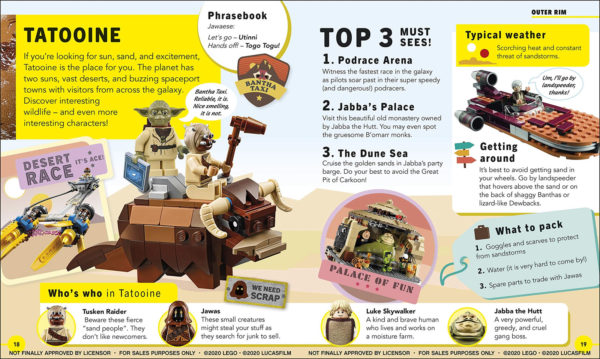 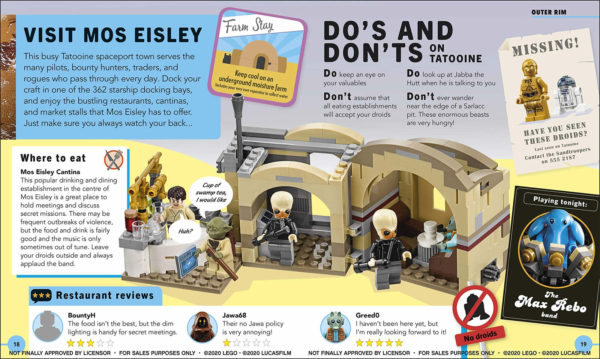 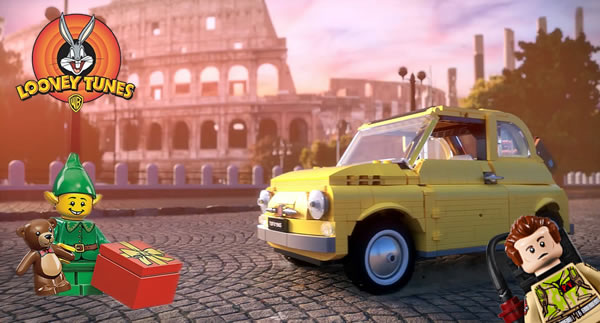 To be able to discuss it here in the comments, here is a quick recap of the rumors that are circulating more or less actively at the moment on the forums and on social networks. As usual, this unverified and unconfirmed information by LEGO should be taken with a grain of salt pending official announcements or more consistent leaks.

The next big set "18+" would be, according to several users ofEurobricks, the reference 10276 Roman Colosseum which could be a reproduction of more than 9000 pieces of the monument in question. As usual, fans see in retrospect the packaging, content and various teasers of the set. 10271 Fiat 500 this year marketed clues to this future reproduction of the Colosseum which would become the largest set ever marketed by LEGO.

Still in the "18+" range and still according to a user ofEurobricks, the Ecto-1 could make an appearance again at LEGO in the set bearing the reference 10274 Ghostbusters Ecto-1. The reproduction of the vehicle would be more consistent than that of the LEGO Ideas set 21108 Ghostbusters marketed in 2014 with a public price around $ 200 and a model in the spirit of vehicles seen for example in sets 10262 James Bond Aston Martin DB5 et 10265 Ford Mustang.

The festive set that would eventually come this year to expand the Winter village in LEGO sauce would be, still according to a user ofEurobricks, the reference 10275 Elf Clubhouse. It would therefore, as its title seems to indicate, take over from the reference 10245 Santa's Workshop marketed in 2014.

Last but not least, brickfanatics claims to have information about the 2021 availability of a series of collectible pouch minifigs based on the license Looney Tunes owned by Warner Bros. We do not yet know which characters would eventually be available in minifig format but if the rumor is confirmed one day, we can probably count on Bugs Bunny, Daffy Duck, Titi, Grosminet (Sylvestre), Taz, Elmer Fudd, Bip Bip and the Coyote, Speedy Gonzales and a few others.

Keep in mind that these various pieces of information are only at the stage of the rumor spread by a few people who are a priori well informed and that nothing has yet come to confirm or deny them. We will have to wait for official announcements or more solid leaks to get a first idea of ​​the products concerned. 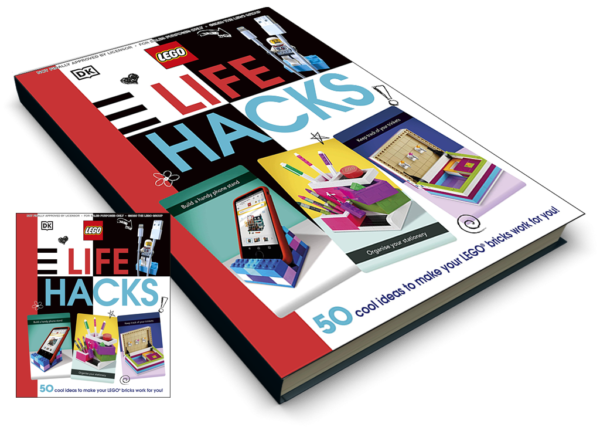 We remain in the world of LEGO books with two new books to be published in April 2021 now listed at Amazon.

The first of these two books, entitled Lego life hacks (11.05 €), will be a collection of everything that you have more or less already seen on the internet in recent years in terms of supports for smartphones, pencil holders or cable storage system based on LEGO bricks or minifigs. The publisher promises to provide detailed instructions for the fifty or so ideas gathered in the 128 pages of the book:

The second book entitled LEGO Star Wars Yoda's Galaxy Atlas is online without illustrative visuals for the moment but with a description which announces a guided tour of what the LEGO Star Wars range offers in creatures, planets and characters.

It will therefore probably be yet another catalog of official visuals accompanied by a few facts and other anecdotes. There is no indication for the moment that this book will be accompanied by a minifigure (exclusive or not) but the price of 15.45 € announced by Amazon lets me suppose that this will not be the case. To check when uploading the first visuals: 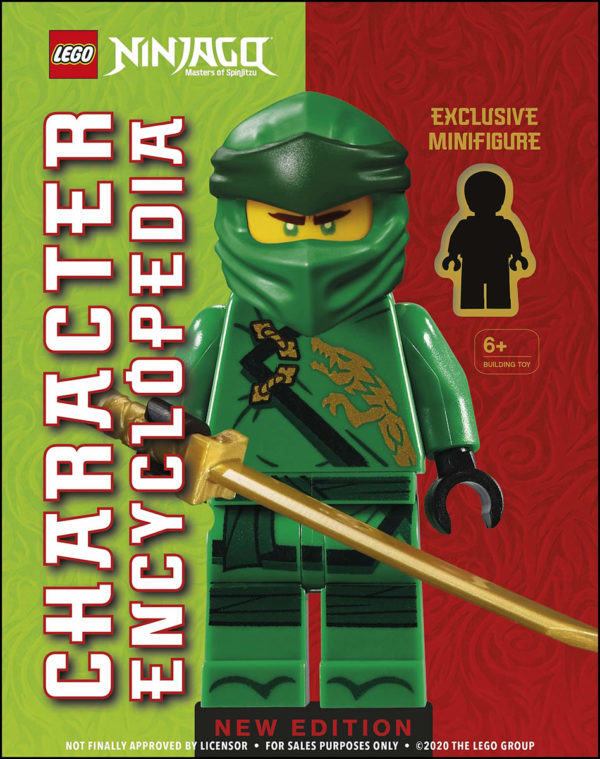 The Ninjago universe will be entitled to an update of its character encyclopedia in March 2021 with a new version of the work already published in 2012 and then in 2016.

As with each new edition, this non-exhaustive 224-page encyclopedia will bring together a selection of around 200 characters with various anecdotes and others. facts. The book can also be useful for minifig collectors who would like to know which set a specific version of a character appears in.

We know from the provisional cover above that the book will be accompanied by an exclusive minifigure which has not yet been unveiled. No trace of a French version of the work on amazon, it will probably be necessary to be satisfied with the English version. 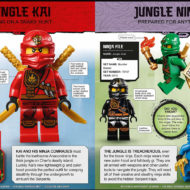 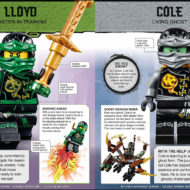 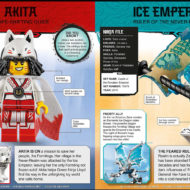 This new version entitled LEGO Ninjago Character Encyclopedia New Edition is already in preorder at amazon for a little less than 20 €. You will also find the two previous editions there along with their respective exclusive minifigs: Jay in his outfit Techno Silverstone and a copy of Starfarer for the 2016 version and Lloyd ZX (Green Ninja) with the 2012 edition:

Partnership signed between LEGO and Universal Music: A new range of products scheduled for 2021 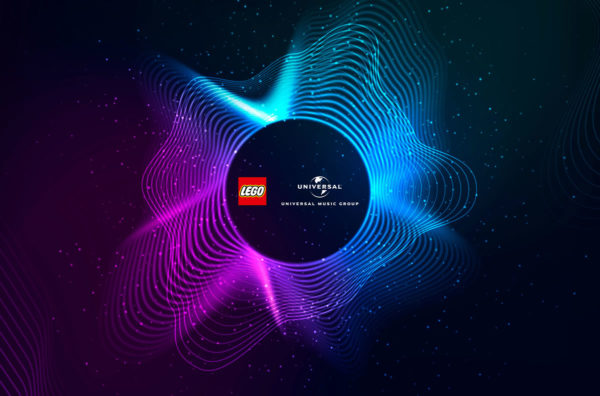 After signing a contract three days ago with Universal Studios, Lego announcement today a collaboration with Universal Music which will materialize in 2021 with the launch of a new range of sets which should "inspire a new generation of musicians, creatives and fans".

We do not yet know much about these products "immersive and interactive"which will mix musical experience and LEGO bricks, we have to be content with the usual LEGO discourse which promises that"this positive and fun initiative will help strengthen the development of young people by harnessing the full potential of musical creation and the LEGO system".

The video below, provided by LEGO to illustrate the signing of this agreement, does not tell us much more about this promised association between musical creativity and construction toy. It will therefore be necessary to wait for a concrete announcement of the products concerned to judge the relevance of the concept.