"Solo: A Star Wars Story": what we know about planned LEGO sets 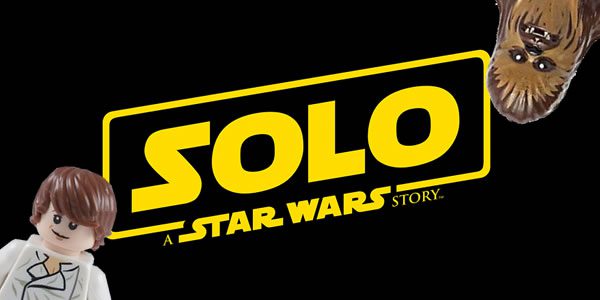 The title of the next spin-off in the Star Wars saga has been confirmed by director Ron Howard, you can imagine that LEGO is sure to benefit from the release of the film Solo: A Star Wars Story in May 2018 to market a few sets.

Still via the same official catalog, we know that two Buildable Figures are announced for April 2018. They carry the references 75535 and 75536 and should be logically linked to the film. 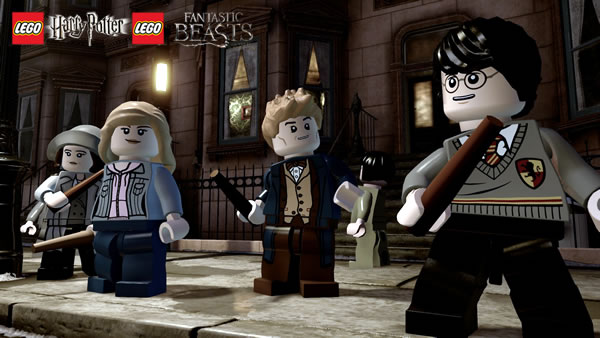 This is the cycle of life and LEGOs. It all goes away and then sometimes ends up coming back through marketing.
Latest rumor to date announcing the reappearance of a license which is now almost forgotten: Harry Potter could return to LEGO in 2018. That's all we know.

If the rumor is confirmed, then in my opinion it will be a patchwork of sets taking advantage of the new cinematic saga inspired by the work of JKRowling: Fantastic Beast and Where to Find Them which will keep fans busy for the next four years with new films planned.

For the occasion, LEGO may take the opportunity to pay tribute to the Harry Potter saga with a few boxes that will make fans return from the first hour to this universe and its variations.

There is potential, the sets from the original Harry Potter line are now overpriced in the secondary market and the design of some of them really deserves an update to appeal to ever more demanding consumers.

As usual, this is just a rumor that should be considered as such while waiting to learn more. Not to be confused with the delusions of all those who already see themselves building Hogwarts in UCS version ...

Big party at LEGO for 60 years of the brick? 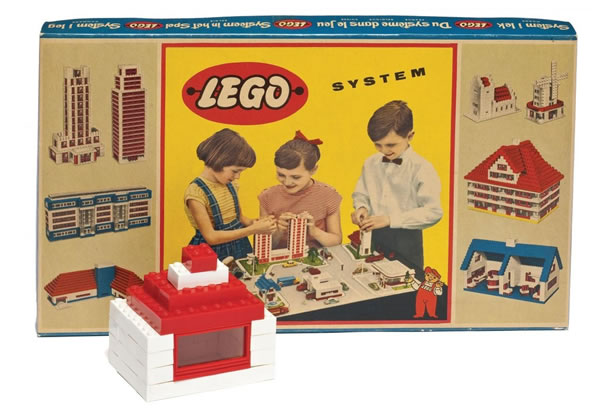 It's the rumor at the moment: LEGO would consider celebrating the creation of the plastic brick as we still know it today. In 2018, this piece of ABS plastic will indeed be 60 years old.

We are told (on Eurobricks) a mini range of five sets for the occasion, without really knowing what will be in these boxes. Fans are already going from their favorite assortment, hoping for the monorail, the Castle, the Space Classic, the old-school City, etc ...

We can legitimately hope that LEGO will pay tribute to the ranges that helped create the legend of the brand and all the more or less true stories that some fans believe they remember with nostalgia that go with it (... You see my son, these LEGO bricks, I got them from my great-great-grandfather ... he built steam locomotives in the gardens of Versailles under the benevolent gaze of Charlemagne ...).

Hopefully, LEGO will also pay tribute, with many promotions and exclusive products offered, to all those who have assiduously consumed its products over the past sixty years ... 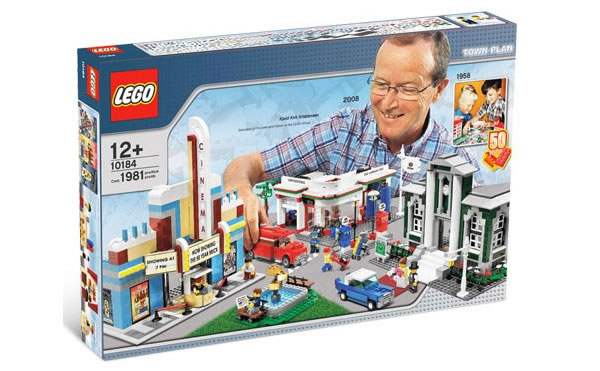 While waiting to learn more about this hypothetical wave of sets, let's not get carried away. I remind you that in 2008 for the 50 years of this same brick, LEGO had certainly released the heavy artillery with a remake of the Town Plan of 1958 marketed under the reference 10184 but that to celebrate this year the 40 years of the LEGO range Technic we had to be satisfied with that: 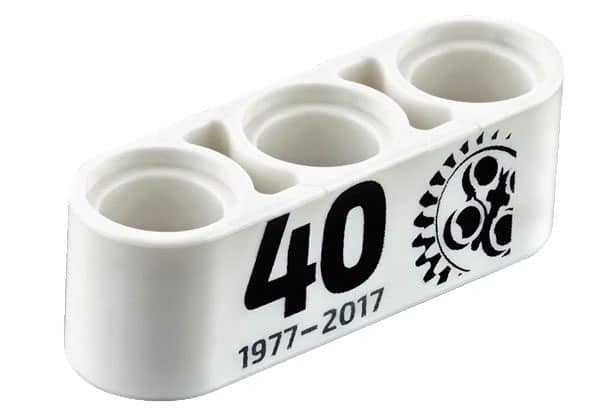 The advice of the day: Do not expect much, the surprise will be even more beautiful. 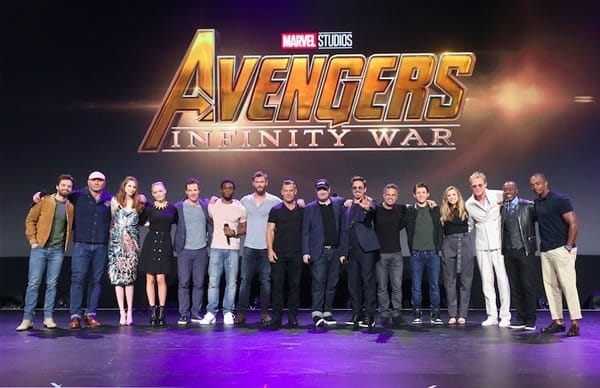 The first teaser ofAvengers: Infinity War was broadcast during the Disney D23 Expo convention currently taking place in Anaheim (USA). It is not yet available online and for the moment we must be satisfied with some descriptions relayed by those who have seen it and the cast photo above.

We know that LEGO will offer sets based on the film and the latest rumor evokes six boxes, as was the case for products derived fromAvengers: Age of Ultron in 2015.

Six as the number of Infinity Stones (Infinity Stones)? We will have to wait a little longer to discover the content of these boxes expected for the first half of 2018.

In the meantime, we already know that the cast brings together almost everything that the Marvel Cinematic Universe has offered us so far with so many potential minifigs: 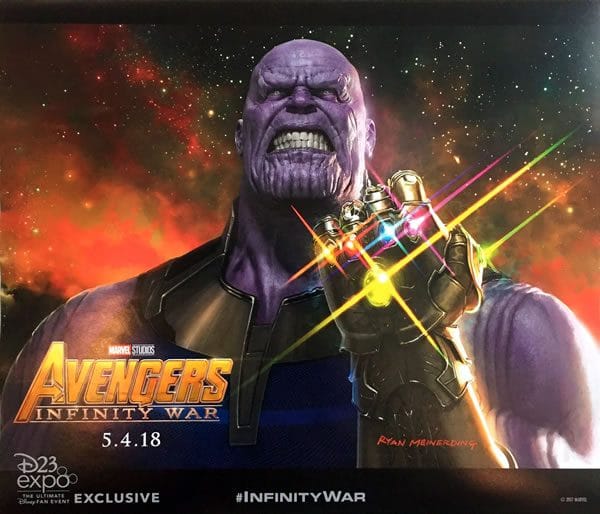 LEGO Star Wars: rumors about the sets planned for 2018 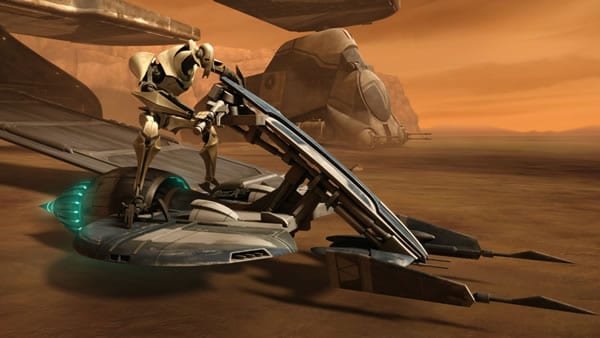 While waiting to discover all the sets based on The Last Jedi, here are some rumors about the sets planned for 2018 in the LEGO Star Wars range. The source is reputed to be reliable, I will summarize all that for you below.

Four additional boxes based on the film The Last Jedi at the end of the year would join the dozen sets that will already be marketed since September, the references of which 75188 Resistance Bomber, 75189 First Order Heavy Assault Walker et 75190 First Order Star Destroyer. (see this article)

In the "Tatooine Battle Pack" we will also be entitled to two Jawas, an astromech droid and a Tusken Raider.

Grievous' Speeder would be the one above, seen briefly in the animated series The Clone Wars (see description on the official Databank) and to accompany the machine: Grievous and Mace Windu.

In the set with Yoda's hut, we find the three usual characters of this sequence: Yoda, R2-D2 and Luke Skywalker.

Ki-Adi-Mundi will be on the program, and Coleman Trebor is expected to ship in another Battle Pack.