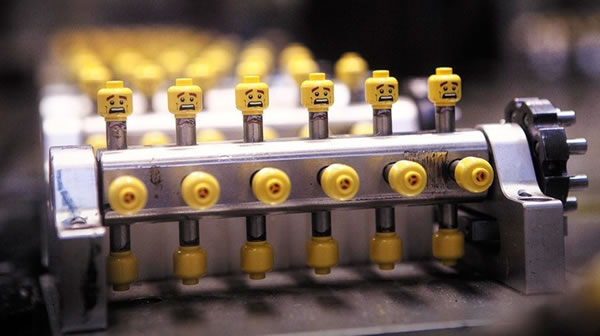 No results for the word search ...

Check the spelling of your search
or enter a more general term.

The US sign Walmart currently offers under condition of purchase a nice little promotional product that I have not yet seen in France, so you will have to go through the secondary market to get it if you plan to collect products related to the brand's 90th anniversary.

Customers of the American brand must spend $50 on LEGO products to obtain this micro version of the emblematic yellow castle marketed in 1978 under the reference 375 Castle.

LEGO regains control following the logistical error that sabotaged the marketing plan initially defined around the LEGO Harry Potter set 76405 Hogwarts Express Collector's Edition : the 5129-piece set which will be available at the public price of €499.99 from August 31, 2022 is now online on the official store.

For €500, fans will therefore be entitled to an exhibition model which will occupy almost 1m20 on their shelves, 20 minifigs and the possibility of reproducing four scenes taken from the cinematographic saga, including waiting on the quay and three scenes in the wagon equipped with light bricks. You can even turn a lever to "create the fascinating movements of a steam train" and the assembly process can be shared with others with four separate instruction booklets. We'll talk about all that in a few days.

It is a logistical error at LEGO that allows us today to discover the LEGO Harry Potter set 76405 Hogwarts Express Collector's Edition, a large box of 5129 pieces which will be available from September 1st at a retail price which should be set at €499.99. The manufacturer has indeed shipped a copy of the set to some customers who originally ordered the set. 10305 Lion Knights's Castle and one of them posted some pictures of the box on Reddit. We also know that this is not an isolated incident, several customers of the official online store have also received this box instead of their castle.

This exhibition model is not motorized, the width of the rails is not that of the usual LEGO trains, three luminous bricks are provided to illuminate the scenes present in the wagon, it will be necessary to put up with a large handful of stickers and the construction will occupy 118 cm long on your shelves.

The "official" announcement of the product should logically be soon, and we will talk about the contents of this box later on the occasion of a "Review ".