LEGO Star Wars The Skywalker Saga: Nothing Until 2022 Video Game

We suspected it a bit but it is now officially confirmed, the video game LEGO Star Wars: The Skywalker Saga will not be available until at least spring 2022 as confirmed by the end screen of the new trailer released on the occasion of the opening night of Gamescom 2021.

When I think that I pre-ordered the game on October 17, 2020 and that it is in fact mainly to have the polybag 30625 Luke Skywalker with Blue Milk... 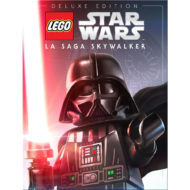 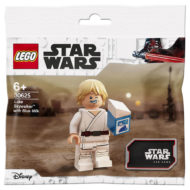 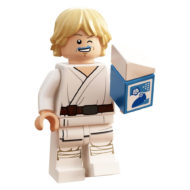 The video game LEGO Star Wars: The Skywalker Saga is not dead or canceled, it will even make an appearance during the upcoming Gamescom 2021 on the opening night of the convention. Postponed several times to an undisclosed date, this video game is long overdue and it remains to be hoped that we will finally get a firm and definitive release date on the occasion of this event which will take place on August 25 at 20:00 p.m.

For those who are interested and who want to maximize the bonuses during the pre-order of the game, know that the Deluxe Edition marketed by Amazon in Germany which will make it possible to obtain (one day) the steelbook exclusive to the brand in addition to the Character Collection Bundle Pack which brings together six DLCs based in particular on The Mandalorian, Rogue One: A Star Wars Story, Solo: A Star Wars Story or even Star Wars: The Bad Batch and polybag 30625 Luke Skywalker with Blue Milk is currently indicated as out of stock.

If you are not interested in the steelbook, the "classic" Deluxe version is also always available for pre-order. at Cdiscount, at Cultura or even at Amazon France. All these signs indicate a release on December 31, 2021 but this is only a fictitious date pending official confirmation.

The other announcement of the day is the availability of the LEGO Builder's Journey video game on two new platforms: Nintendo Switch and PC. This game was previously an Apple Arcade exclusive, so you can now play it on your Switch via Nintendo eShop (19.99 €) or on your PC through Steam (16.99 €) or theEpic Game Store (16.99 €).

For those who do not know this puzzle game with a very sophisticated visual atmosphere developed by Light brick studio, here is the pitch:

If you want to get a better idea of ​​the gameplay before you jump in, here's a 13-minute long streak that should help you make up your mind:

The publisher of the video game LEGO Star Wars: The Skywalker Saga has just announced via social networks that the game's release, which was originally supposed to take place in the spring of 2021, is now postponed to a later date. TT Games is not communicating a new release date for this highly anticipated video game.

For those who are interested and who want to maximize the bonuses during the pre-order of the game, know that the Deluxe Edition marketed by Amazon in Germany will make it possible to obtain (one day) the steelbook exclusive to the brand in addition to the Character Collection Bundle Pack which brings together six DLCs based in particular on The Mandalorian, Rogue One: A Star Wars Story, Solo: A Star Wars Story or even Star Wars: The Bad Batch and polybag 30625 Luke Skywalker with Blue Milk. The box will be in German but the game will be available in several languages ​​including French.

If you are not interested in the steelbook, the "classic" Deluxe version is also available for pre-order at Cdiscount, at Cultura or at Amazon France:

A few months ago, LEGO, Marvel and Sony brought into play an exclusive Miles Morales minifigure in Classic Suit during a contest reserved for US residents which involved finishing the video game Marvel's Spider-Man on PS4 by obtaining the trophy "End Game"and then to have luck in the draw. We know via settlement of the transaction that 1650 copies of this minifigure were produced and put into play.

Some lucky ones were rewarded for their perseverance and they finally received the promised minifigure. I was able to negotiate with one of them, invoking in particular the relatively large quantity of copies involved, to buy back the thing from him at a much more reasonable price than that usually charged. by the few sellers who offer this minifig for sale with auctions that regularly exceed 1000 €. Few copies have already been offered for sale, which undoubtedly explains the soaring prices charged and it is obvious that the 1650 copies have not all been distributed to date.

The object comes in the plastic packaging that everyone who collects the exclusive LEGO Marvel and DC Comics minifigs put into play at the various conventions is familiar with. The cardboard insert also takes the usual dressing.

The minifig is exclusive to this operation and unlike the three versions already available from LEGO, it benefits from a pad printing extended to the legs. The first minifig in version Ultimate Spider-Man of the character appeared in 2015 in the set 76036 Carnage's SHIELD Sky Attack, followed in 2019 by the variant of the set 76113 Spider-Man Bike Rescue then this year of the version Bodega Cat Suit of the set 76171 Miles Morales Mech Armor, this last minifigure being based on an outfit available in the video game Marvel's Spider-Man: Miles Morales.

This new and exclusive version adopts the outfit Classic Suit also available in video game Marvel's Spider-Man: Miles Morales and who made his first appearance in the comic Ultimate Comics Spider-Man Vol 2 # 5 in 2012. The pad printing is rather very faithful to the character's outfit with its red V-shaped covering on the chest, its patterns embodying the belt, its legs with the knee pads and the toes of the outfit with its red areas.

The printing is not of an irreproachable quality, we will note some visible defects in particular at the back of the head and at the level of the centering of the red V on the torso. The relative good news for collectors of minifigs in the LEGO Marvel range: The character has been available in classic sets since 2015 and this expensive variant will not prevent them from adding the young Miles Morales to their collection.

So far I have only seen a large handful of copies of this minifigure on eBay and I wonder where the 1650 copies that were in principle put into play have really gone. It's hard to know how many players will have really tried their luck in the drawing of lots on the occasion of this competition reserved for Americans which mainly required to finish the video game Marvel's Spider-Man on PS4 by beating Doc Ock in the final confrontation and by obtaining the trophy "End Game".

If the operation with its two-step mechanism has not been able to seduce a large audience of video game and LEGO fans, we are also not immune to seeing one day the remaining stock of this minifig reappear. on the occasion of a new promotional operation ...