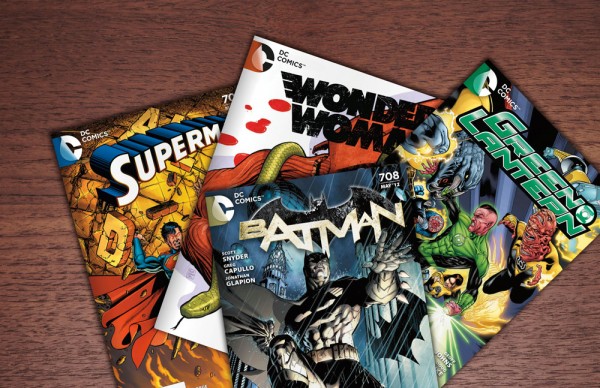 I am telling you about it here because the info is important for all those who have become accustomed for many years to the DC Comics logo as we know it so far. DC Entertainment vietn indeed to announce the radical change of its visual identity which will henceforth be declined in a personalized way according to the license or the medium concerned.

As usual as soon as we change something after long years of inaction, the fans cry blasphemy. Personally, I find this change welcome: it dust off the franchise and bring a nice touch of modernity to the various media.

The various franchise websites will be updated by March 2012.

The question that torments me is the following: will LEGO release a new version of its packaging for the Super Heroes DC range? No doubt yes, and I recommend without any implication that you store the current sets as much as you can, they are already collectors ....

You can read the press release in its entirety at this address and discover many visuals of the new logo available according to the universe. 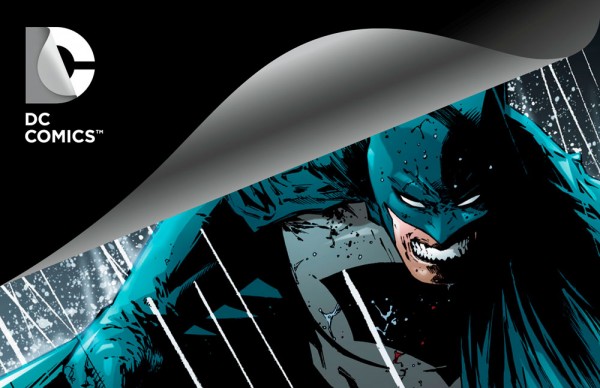 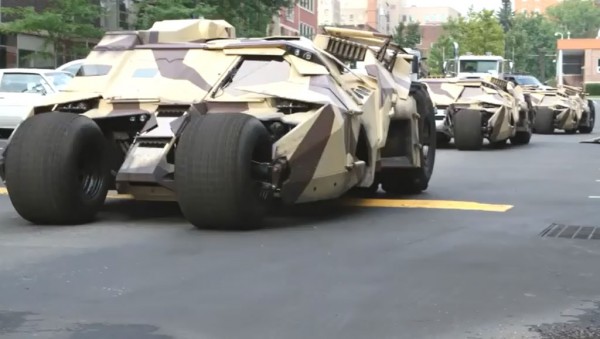 The debate is animated within the various communities which try to guess what will be made of the second wave of DC sets for 2012. We already know the DC sets of the first wave and they are based on the comics, and largely inspired by the 2006/2008 Batman line.

Many believe that this second wave will be based on the upcoming July 2012 film The Dark Knight Rises. Personally I am not convinced: LEGO made no mention of the film in its Press release as was the case for The Avengers about the Marvel range. 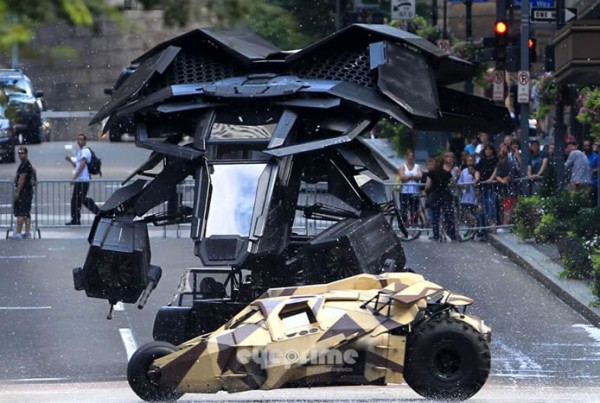 But let's admit that's the case, then we should be able to get a few vehicles from the movie, like this (s) Tumbler(s) with a nice camouflage effect seen on the set or the batwing frankly nice design. A Tumbler in Tan and Dark Brown, why not after all ..... It also seems that the scenario of the film incorporates a story of stolen technology allowing Batman's enemies to reproduce chain Tumblers to better destroy Gotham City .. .. 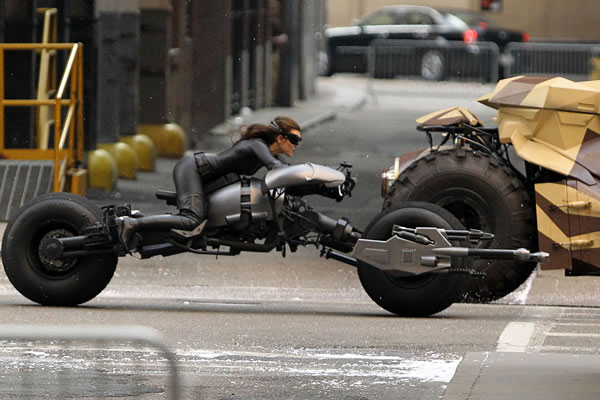 And all this without counting the Batpod of Catwoman who, it must be admitted, really has something to end up in a LEGO set with her forms .... I digress, but it will take a lot of imagination to make a Catwoman minifig fit coherently on this Batpod.

Make no mistake, I would of course be delighted to be able to afford these machines without having to spend a few hundred euros on bricklink to invest in 2008 sets like the 7888 The Tumbler: Joker's Ice Cream Surprise which is sold over 400 € in MISB ....

I would be happy with a set of the type Tumbler chase with an Tumbler black one Camo Tumbler, Batman, Bane and some extras ..... 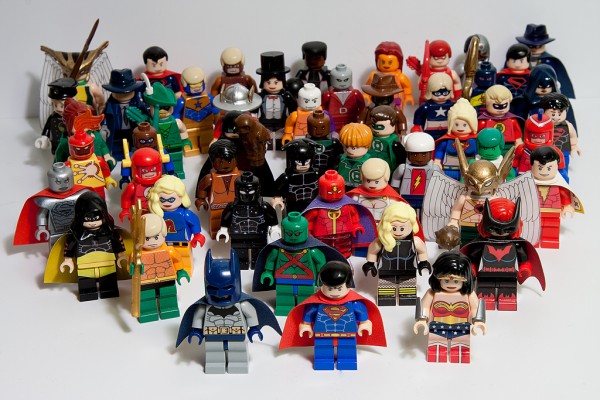 You have to put back this photo on which I just spent long minutes trying to recognize each character and which dates from 2010 in its context: Julian Fong alias levork created all of these minifigs long before LEGO announced the Superheroes range ....

Aquaman, Batman, Superman, Wonder Woman, Red Arrow, Green Arrow, Green Lantern, Flash and many more are gathered here in a family photo that we would love to be able to do soon with the official LEGO minifigs. But let's not dream too much, the Superheroes range is not going to be so exhaustive ....

To learn more about these minifigs and their design, visit levork's flickr gallery, you will learn a lot about these creations that have inspired many fans to in turn create custom versions of the most famous heroes of the DC Comics universe.

Special mention for the version below of SuperGirl, cousin of Superman ... 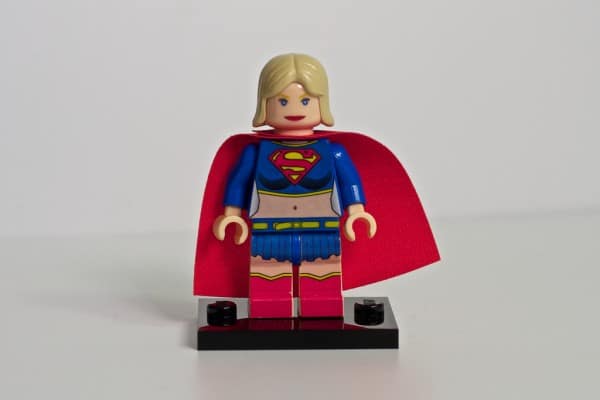 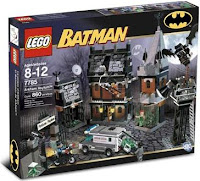 Younger people may not know that LEGO has already marketed a range based on the Batman / DC Comics license in the past.

In total there are 25 different minifigs that can be found in these sets and many emblematic characters from the DC Comics universe are represented: Batman itself in four different versions, Robin in two versions, Bane, Catwoman, Harley Quinn, killer croc, Nightwing, Mr Freeze, Poison Ivy, Scarecrow, The Joker, The Penguin, The riddler et Two face.

To this are added the minifigs ofAlfred, Bruce Wayne and some sidekicks of the villains or guardians of the Arkham Asylum. In 2008, the LEGO Batman video game produced by TT Games was released and was a huge hit with young audiences.
Within the game, many characters appear as Ra's al Ghul ou clayface. These characters have never been edited in minfigs despite their presence in the video game.

The range of sets released between 2006 and 2008 gave pride of place, and we sometimes wonder why, to many vehicles from films, comics, or video games.

You can find almost everything that flies, floats or rolls in these sets: Batmobile, Bat-Tank, Batboat, Batcopter, etc ..... On the occasion of the release of the film The Dark Knight in 2008, LEGO offers even a set with the Tumbler (7888 The Tumbler: Joker's Ice Cream Surprise).

This range has its faults: many machines are fanciful and come from peripheral comics or cartoons and one gets the impression that LEGO, convinced that it takes machines to better sell its sets, has scraped the bottom of the drawer to offer something other than a few minifigs. 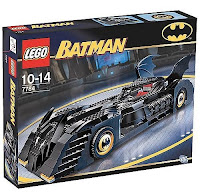 One of the emblematic sets of this range will remain the set 7784 The Batmobile: Ultimate Collectors' Edition released in 2006 with its 1045 pieces.

AFOLs often consider that this range has not really worked. The mix of different Batman universes (comics, films, cartoons) is undoubtedly for something.

Even in 2008, when the movie The Dark Knight was released, LEGO found a way to market sets that had nothing to do with the movie's universe. Comic book fans are often universe purists. origin or the best interpretations made of it in the cinema for example.

In 2012, LEGO will have an interest in offering sets respecting the universes and characters concerned to ensure the loyalty of AFOLs fans of superheroes.

On the children's side, we suspect that this new DC / Marvel license will work, especially thanks to the many superhero films coming out this year and next year.

To catch up and get these sets of the Batman 2006/2007/2008 rangeyou will need to turn to eBay or bricklink. Be careful, the prices of certain sets sometimes reach peaks.

What should we expect from DC Universe & Marvel licenses?

After the excitement, it's time to come to your senses and try to see things more clearly in this strategic business alliance between LEGO, Warner Bros (DC Universe) and Disney (Marvel).

So I give you my thoughts: What can we expect from these licenses for sets, minifigs or derivative products?

It is obvious that the current period is favorable for products derived from these two licenses: Warner Bros. surfs on the success of the saga Batman the dark knight with Christian Bale.

The first two films, Batman Begins et The Dark Knight have been successful. The third part of the saga,  The Dark Knight Rises, still directed by Christopher Nolan is already announced for July 2012 and it should close a coherent cycle.

Zack Snyder is in charge of the next one Superman: The Man of Steel, with Henry Cavill in the title role and two heavyweights in the cast: Kevin Costner and Russel Crowe. Another strong media support for the commercial launch of the Super Heroes range. 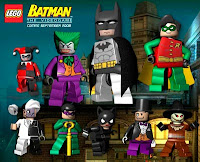 There is little doubt that a LEGO Batman video game featuring the events of the Nolan / Bale trilogy will be released. A clue, which might not be one, TT Games, official developer of LEGO video game licenses, is currently recruiting hard.

Superman, Wonder Woman and Green Lantern could also appear in this game, which leads me to believe that Warner will push his franchise. Justice League (Justice League), already available in cartoons, video games (Justice League Heroes) on PSP, XBOX and Nintendo DS, etc ....

Video games make it possible to gain the loyalty of a young audience who will not necessarily have access to films because of parental censorship due to the violence of certain scenes. (The Dark Knight is a good example).

Regarding the Marvel license, it is clear that the Avengers will be at the center of the LEGO strategy.

Here too, I think a video game will be offered in the wake of the film's release. The Avengers scheduled for April 2012 bringing together Captain America, Iron Man, Black Widow, Thor, Hulk, Nick Fury, Hawkeye .... which will be directed by Joss Whedon and which already promises to be the Blockbuster of next year.

Until then, Captain America: First Avenger will have already experienced commercial exploitation since August 2011. Iron Man 3, it is not expected until 2013, and it should be part of LEGO's strategy to maintain customer interest in the Marvel license.

Green Lantern scheduled for 2011 with Ryan Reynolds and Blake Lively, Thor released this year with Chris Hemsworth, Anthony Hopkins and Natalie Portman and X-Men: First Class with James McAvoy round out this media coverage.

In addition to video games, the question arises about the possible sets that LEGO could offer. Super Heroes are often self-sufficient.

Few iconic vehicles (A motorcycle for Captain America or the new batmobile?), Few places known and identified by the fans (Tony Starck's garage / lab?), It will be difficult to put parts around the minifigs. However, we already know that a set "DC Universe Batcave"is planned and will also be offered as an endowment to the competition I was talking about here.

I don't really believe it, although this possibility should not be ruled out. In my opinion, playsets with good guys and bad guys will be there, probably based on scenes seen in the movies.

On the other hand, I think that we will undoubtedly be entitled to packs of magnets and other key chains, which I do not particularly appreciate: They relegate the minifig to the rank of simple decoration. (Image of a BaronSat MOC)

Some people talk about the possibility of selling these minifigs in bags, as is the case for the series of collectible minifigs.

I don't believe it either. LEGO will want to make the most of these licenses which are excessively expensive in royalties and will sell part around these coveted minifigs, already evidenced exorbitant prices reached on eBay by the two exclusive Comic Con minifigs, Batman and Green Lantern ....