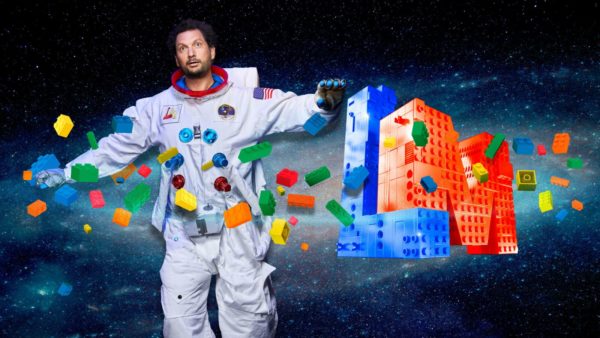 The third season of the French version of the LEGO Masters concept will be broadcast from Thursday October 27, 2022 at 21:10 p.m. on M6. We will find Éric Antoine at the animation, the magician / comedian being now comfortably installed on the channel with several programs to his credit, and Georg Schmitt and Paulina Aubey will be renewed as judges. The broadcast schedule is changing this year: no more LEGO Masters during the end-of-year celebrations, the show arrives much earlier and it will be like in previous years, followed from 23:30 p.m. by an after-party entitled "Extra Brick".

We are promised ever more original events with some novelties in the game mechanics, a permutation of pairs during certain events, and the arrival of the "brick of death that kills" which will make it possible to act on the course of an event or to protect oneself from a possible draw.

The pitch of the events sells dreams with the promise of ever more creative challenges: "...animate a work thanks to the force of the wind, immerse a creation in a giant aquarium, imagine a castle that will be destroyed by a bowling ball in an explosion worthy of the greatest fireworks or even create a story whose scenario will evolve randomly thanks to the "wheel of fate", this season the nerves of our candidates will be put to the test...".

It remains to discover the cast of this third season, the program relying a lot on the personality of the candidates and the composition of the pairs. Season 2 did not do as well as the first season in terms of audience, we will see if the program benefits this year from this change of schedule or if it is definitely running out of steam. 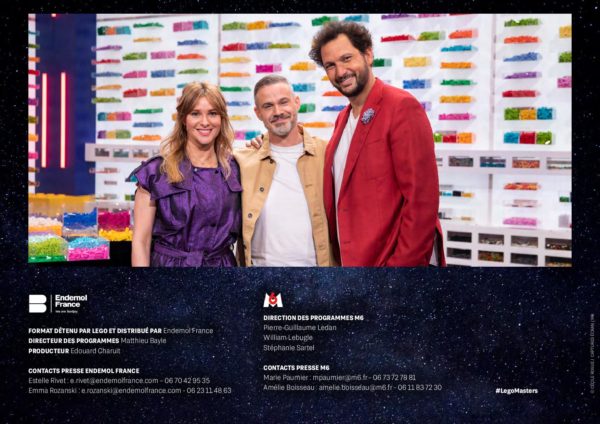 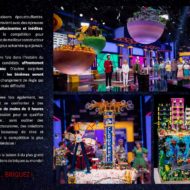 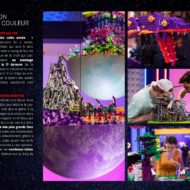 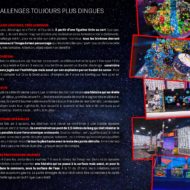 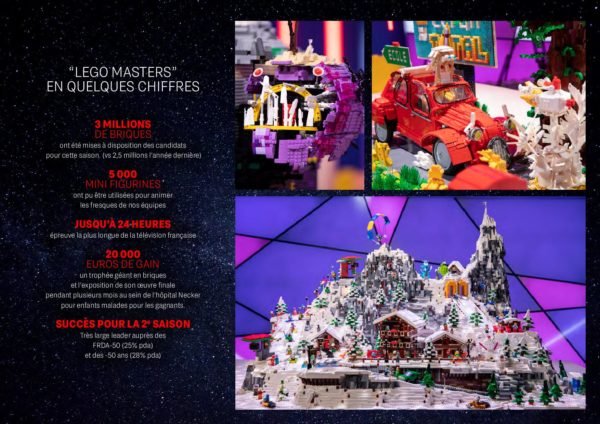 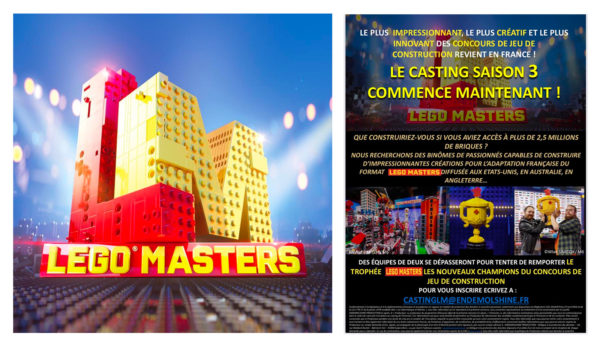 For those interested, the casting for the 3rd season of the LEGO Masters show is currently open. With an average of just over 2 million viewers for each of the four episodes, season 2 of this family entertainment broadcast at the end of the year did less well than the first edition, but the program seems to be well established in the grid for the moment. of the M6 ​​group.

The mechanics of the competition should logically remain identical to that of the first two seasons with eight pairs with very different profiles who will compete in various and varied events. We don't yet know if Éric Antoine will host this new season and if Georg Schmitt and Paulina Aubey will be reappointed to their positions as judges, but it's a safe bet that this is the case.

If the adventure tempts you, you must write to the following address: castinglm@endemolshine.fr for a first contact. You will then have to successfully pass various selection stages and agree to wear one of the eight "costumes" offered by the production, with a profile and sometimes a little caricatural nickname. The low number of episodes in each season will not give viewers too much time to hate or like you and you can quickly resume a normal life without any sequels after the broadcast. The whole remains an experience that many former participants have obviously appreciated and there is €20.000 to pocket at the end of the course.

Gulli will release the US version of LEGO Masters from February 5, 2022 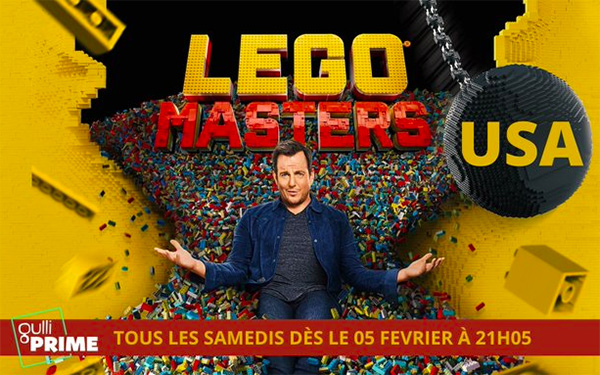 If you have never watched the American version of the LEGO Masters franchise, you will be able to discover this version of the show from next Saturday, February 5 on Gulli. The youth channel of the M6 ​​group has launched since January 3 its evenings intended for a more family audience entitled Gulli Prime and the program hosted by comedian Will Arnett will therefore be broadcast from 21:00 p.m. As for the French version, the host of this American version is assisted by two Brickmasters who act as judges: the "official" designers Jamie Berard and Amy Corbett.

(Special thanks Guillaume for the alert)

LEGO Masters season 2: we do not change a recipe that works 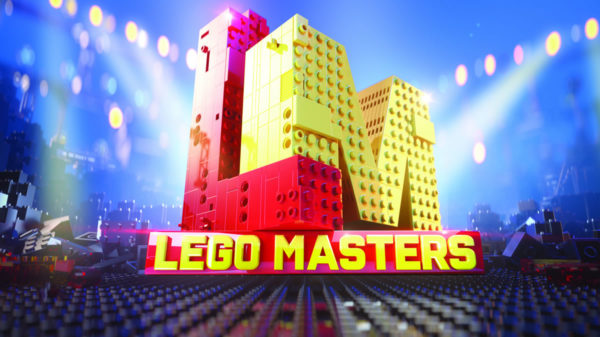 We learn today a little more on the second season of the French version of the LEGO Masters program which will be broadcast at the end of the year. The first season had been a real audience success for M6 and the host in office, Eric Antoine, as well as the two members of the jury, Georg Schmitt and Paulina Aubey, are therefore logically renewed for this second season.

Eight pairs will once again be in competition and, as for the previous season, the production has chosen to make the eight duos easily "identifiable" by assigning them a label which should stick to their skin and follow them throughout the season: Marine and Benjamin will be the "brick retro", Loïc and Sandor will be the"high school friends", Eric and Alexandre will be"Swiss metalheads", Laure and Hervé will form the"Ch'Team", Marin and Alexandre will be the"best friends", Étienne and Christine will embody"cool parents", Céline and Stéphane will be the inevitable"colleagues who are opposed"and the extraordinary and colorful pair who will be responsible for putting on the show at least until its elimination will be made up of Aurélien and Vincent. The competition should therefore remain a clever mix between competition and reality TV with its happenings and its clashes.

Note also the arrival of the Golden Brick, a joker already present in other international versions of the show but which had not had the honors of the first season of the French edition. To put it simply, it is an immunity collar that makes it possible to avoid elimination and the golden brick in question is put back into play after its use by the pair who considered themselves in danger.

For the rest, we are promised always more bricks, 3 million available to the candidates, serving 100% new events and presented as more demanding than those of the first season. 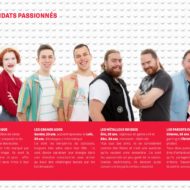 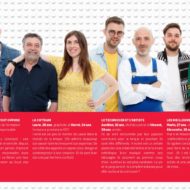 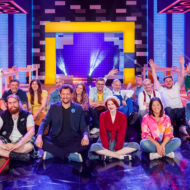 It's no secret that M6 was very satisfied with the audiences generated by the first season of the LEGO Masters show: the show was one of the channel's best launches and audiences for this family entertainment were very solid with an average of 3.2 million viewers over the four episodes aired.

So there will be a second season and the production is currently looking for volunteers to lend themselves to the game. Those who would like to register now know what it is all about: it will be necessary to put up with the few touches of reality TV integrated into this televised competition which brings together eight pairs. Profiles and nicknames a little caricatured or final cut at the discretion of the production, the recipe should not change for this second season, it is the one that allowed the success of the first.

The participants in the "pilot" season of LEGO Masters in France have suffered the plasters, everything was not perfect in terms of casting, the proposed tests and the rules to be respected in order to hope to advance in the competition but there is a lot to bet that some adjustments will be made to correct the flaws of youth of the French version of this concept also present on the screen in many other countries.

If the adventure tempts you, you must write to the following address: castinglm@endemolshine.fr for a first contact. Remember that the number of volunteers is expected to be very large, many hesitant fans in 2020 having been uninhibited by what they have since seen on screen, and seats will be expensive. Also keep in mind that the "who are you"counts at least as much as the"what do you know how to do with legoFinally, plan a few weeks of availability for the shoot.

We know that Eric Antoine will once again be at the helm of this new season of LEGO Masters, but nothing has yet been confirmed about the two members of the jury who have full powers over the course of the competition. Those who will be selected to pass the casting in the production premises will then know whether Georg Schmitt and Paulina Aubey will be reappointed to their respective posts.