LEGO Star Wars 75331 The Mandalorian Razor Crest: What You Need to Know

French Days 2022: let's go for a few days of promotions

On newsstands: The September 2022 issue of the official LEGO Batman magazine

On the VIP rewards center: 100 LEGO VIP points = €30 discount on a selection of sets

Contest: A copy of the LEGO ICONS 10497 Galaxy Explorer set to be won!

On the LEGO Shop: the LEGO CITY 40578 Sandwich Shop set is free with purchases over €90 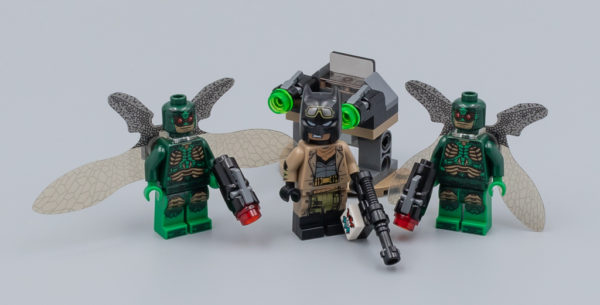 Today we take a detour through the film Batman V Superman: Dawn of Justice with the small set 853744 Knightmare Batman Accessory Set (46 pieces - € 12.99) that I had forgotten at the bottom of a drawer ...

For less than 13 €, LEGO allows us to obtain an exclusive minifig, two generic evil creatures and a very small construction without much interest which serves as an alibi to be able to promote the LEGO concept.

The Knightmare Batman minifigure is therefore exclusive to this small pack, it is written in large letters on the box. No fabric accessories here, everything is pad printing, skilfully designed to best reproduce the Batman costume seen in the film.

And it's quite successful with a host of details and a multitude of different shades to embody the different layers of the outfit. Too bad the transition between the torso and the hips of the character is a little rough, which annihilates the visual effect of a coat whose sides go down to the knees. 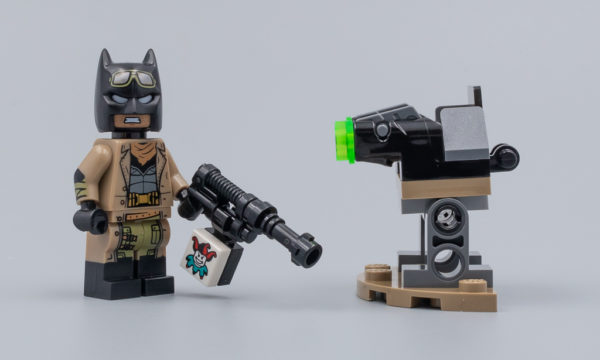 The minifigure really highlights everything LEGO can do in the field of pad printing with an accumulation of colors, numerous details underlined by lines of varying finesse, legs molded in two colors and even pad printed areas on the forearm reproducing the bandages seen on the costume of the film.

The character's mask has also been the subject of a nice graphic work with glasses whose shiny and worn effect is very convincing.

Batman is equipped with an automatic pistol with a Tile bearing the Joker symbol similar to the pattern seen on the butt of the assault rifle worn by the character in the film. LEGO has really taken the attention to detail to its limits here. 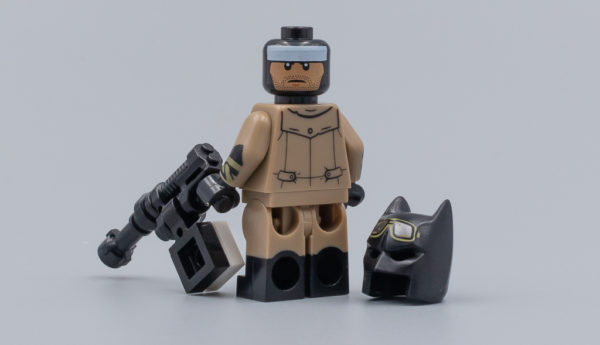 These superb minifigs come with their transparent plastic wings which would be perfect if they did not so visibly display the copyright printed on the back which is unfortunately not obscured by the Tile which serves to hold them in place.

Anyway, if you haven't yet bought that little pack that delivers what I consider to be the most successful Batman minifigure yet, there's still time to do so by the way. by the LEGO Shop to be sure to spend only 12.99 €. In a few weeks / months, it will be too late ...

Note: The set shown here, supplied by LEGO, is included in the game. To participate in the raffle, simply post a comment on this article before January 20 at 23:59 p.m.. You have every right to disagree with me, this is not eliminatory.

Join the discussion!
Identify yourself via:
Log in
206 Comments
the most recent
the oldest Top rated
See all comments

ON THE LEGO SHOP
ELSEWHERE
LAST COMMENTS
PROGRAMMATIC
206
0
Do not hesitate to intervene in the comments!x
Share to...
bufferCopyEmailFacebookFlipboardHacker NewsLineLinkedInMessengerMixPinterestPocketPrintRedditSMSTelegramTumblrTwitterVKWhatsAppXingYummly