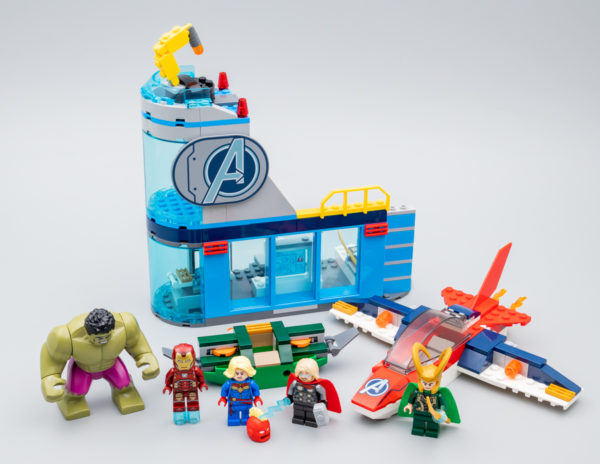 Today we are quickly interested in the LEGO Marvel set 76152 Avengers: Wrath of Loki (223 pieces - 69.99 €), a box whose construction process is designed to be accessible to very young fans of the Avengers universe. To each their version of the headquarters of the fine team of super heroes this year, here it's 4+ and we will therefore be satisfied with an ultra-simplified "experience" and a few very large parts to assemble.

As usual in the 4+ sub-range, we quickly realize that everything has been thought out so that those who do not yet know how to do much without the assistance of an adult can learn without waiting for clashes between Super hero. The fact remains that this box is very expensive for what it has to offer. A bit like the products in the DUPLO range which capitalize on the wishes of parents "to offer the best to their children"especially when they are still young.

Young parents who would blame themselves for not spending crazy sums on their offspring will find in LEGO something to avoid feeling too guilty. I have two children and I covered the subject a few years ago between high-end baby bottles from space technology, overpriced clothes, branded mini-shoes for babies whose soles do not fit. will never wear out since they do not work, etc ... 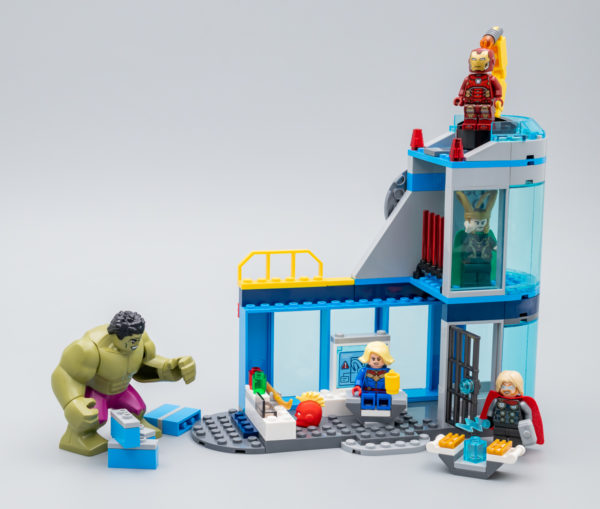 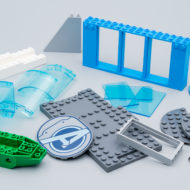 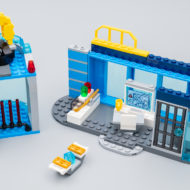 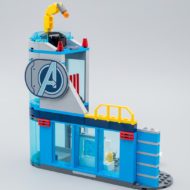 The different constructions offered are, as usual in this range which targets the youngest, all based on very large pieces that define their final appearance and on which you have to hang some decorative elements. Aesthetically, all that will remain very approximate but the playability will be maximum and almost immediate.

The Avengers tower is assembled in a few minutes and it offers various playable spaces that are very accessible: a control center on the ground floor with a lab area to analyze Loki's scepter and a space to store the Tesseract, a cell for Loki on the first floor and a pod on the roof for Iron Man. There is even a section of wall on which the Hulk can let off steam, everything is there.

Everything is pad printed in this box and the big sign or the control screen will perhaps interest MOCeurs who want to DIY a real diorama on the theme of the Avengers.

The Avenjet provided here is a simplified version of the ship already seen in the set 76049 Avenjet Space Mission based on the animated series Avengers Assemble (Avengers Gathering on France 4 or Disney XD) and marketed in 2016. Captain Marvel can lie down in the cockpit and the wings can be folded up to transform the plane into a spacecraft. Nothing crazy, but that's always what it takes. The nose of the device is obviously pad printed, it's up to you to build a more accomplished version of the vessel around this part.

Loki has a flying machine that allows him to throw a few coins at his enemies, who will not be able to really retaliate: this big, rather coarse hoverboard is the only element of the set to be equipped with coin throwers. 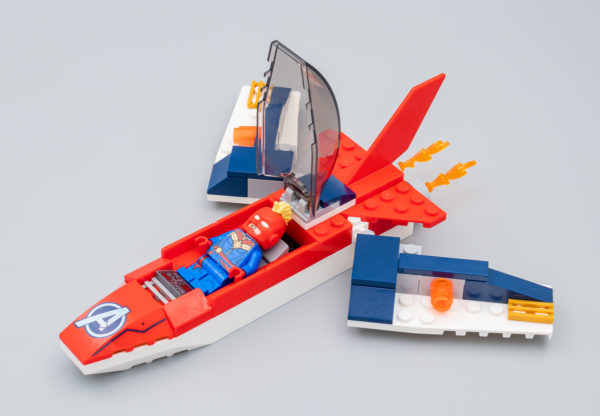 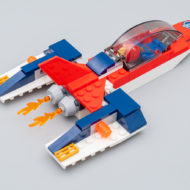 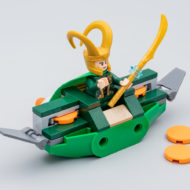 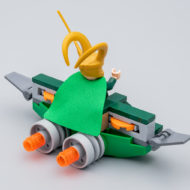 LEGO is rather generous in minifigs in this box with as often the new and recycling. All the pad prints are impeccable, I just regret that LEGO has not yet found a way to print its parts to the brim so that the continuity of the patterns is better assured, especially here on the Captain Marvel minifigure.

The Captain Marvel minifig provided in this set is also delivered in the set 76153 Helicarrier and here she takes the features of Princess Leia seen in 2019 in the sets 75244 Tantive IV et 75229 Death Star Escape. The character comes with a helmet and hair. Handy for varying situations.

Note that the helmet is a molded part in two colors which reveals the character's white eyes and that the crest can be removed. We should find this helmet on the heads of other characters very quickly, I doubt that LEGO embarked on its design just to equip Captain Marvel.

Iron Man's torso, legs and helmet are in many sets released this year: 76140 Iron Man Mech, 76153 Helicarrier, 76164 Iron Man Hulkbuster Versus AIM Agent et 76166 Avengers Tower Battle. The head with the blue HUD on one side is the one that LEGO has been providing us in a slew of boxes since 2018.

Loki's never-before-seen torso is inspired by the animated series Avengers Assemblee, the head is also that of Lex Luthor or of several officers of the First Order and the character's headdress has not changed, it is the version marketed since 2012. This new torso is currently only delivered in this box.

Thor's torso is also delivered in sets 76142 Avengers Speeder Bike Attack, 76153 Helicarrier, the head is the one provided in many sets since 2017. I am not a fan of the resumption of the folds of the cape on the back of the torso: if the character is wearing his cape, we no longer see this detail and if he do not wear it, this motive has nothing to do there.

New version for Hulk, this time again in Olive Green rather than flashy green and that's good. I find the tear on the bottom of the pant legs a bit too regular to be really believable, but the effect remains interesting. The character is currently only delivered in this box, but I'm not sure that this variant, whose exclusivity is probably only temporary, deserves to spend the 70 € requested by LEGO. 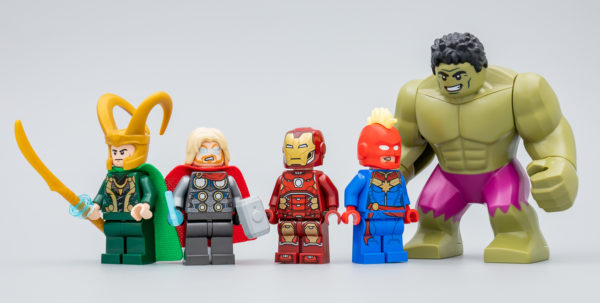 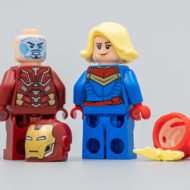 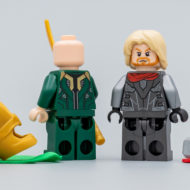 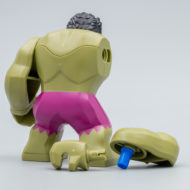 In short, this set only reinforces in me the impression that parents who have LEGO fans at a young age are prime targets for LEGO, as if they had to be charged a high price for the transition from the DUPLO universe. towards classic products.

Collectors will find Iron Man, Captain Marvel and Thor in the set 76153 Helicarrier which also offers more consistent content and they will have to decide if Loki's torso and Hulk's bigfig are worth spending € 70 in this box. As I often say: it's you who sees.

Join the discussion!
Identify yourself via:
Log in
334 Comments
the most recent
the oldest Top rated
See all comments

ON THE LEGO SHOP
ELSEWHERE
LAST COMMENTS
PROGRAMMATIC
334
0
Do not hesitate to intervene in the comments!x