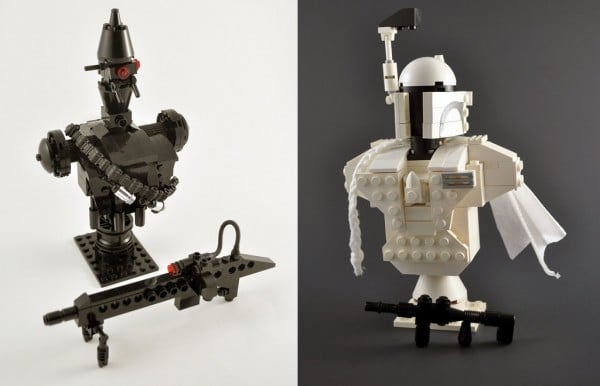 Obviously inspired at the moment, Omar Ovalle continues his series of busts of bounty hunters or Bounty Hunters the most famous of the Star Wars universe.

After embo, so here is IG-88 (I love it), the assassin droid and Boba Fett (I love less), here in a version inspired by a concept by Ralph McQuarrie, the official illustrator of the Star Wars universe who died in 2012.

As usual, everyone will have their personal appreciation of these two creations that you can find in large format in the album dedicated to the Bounty Hunters of Omar Ovalle's flickr gallery.

Lightsaber, as if it were raining ... 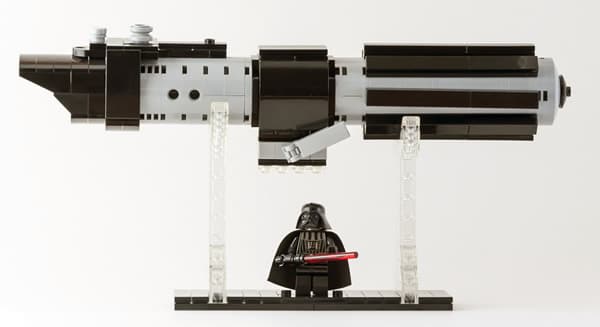 A little nod to Darth Nguyen and his lightsaber gallery from the Star Wars universe. He's not the first to embark on this adventure of replicating Jedi or Sith weapons, but his gallery is well worth a visit.
He presents each creation on a transparent support and accompanied by the minifig of the owner of the weapon. It is well seen.

Several MOCeurs have already presented their lightsaber MOCs on Cuusoo (See Scott Peterson's project) and I think LEGO should pay attention to these projects.

Without going overboard with a full range of saber handles, a few detailed models in 1: 1 scale accompanied by a presentation brochure in the UCS style would not be refused ... 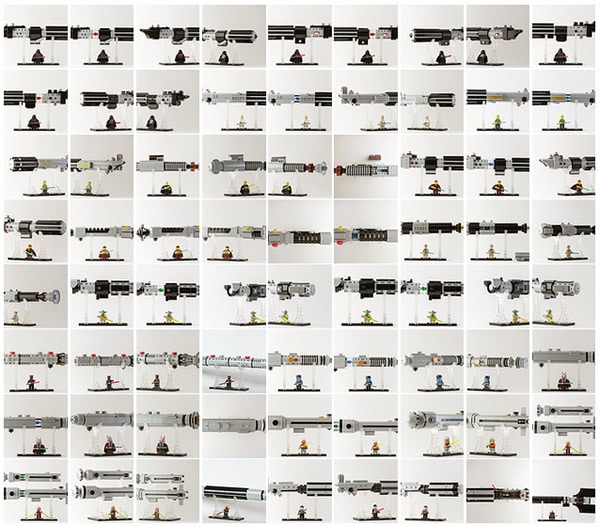 Some of you already know it, but I talk about it quickly here, just to say good things about LEGO from time to time: The Planet Series sets are now delivered in blister packs, at least by amazon (see photo below taken by me).

And that's a good thing, it prevents the hulls of the planets from being scratched during transport, as was the case in my case with the first two series.

I'm not sure if these sets are also in blister packs at toy stores or the LEGO Store, but I'm sure some of you can give us that info in the comments. 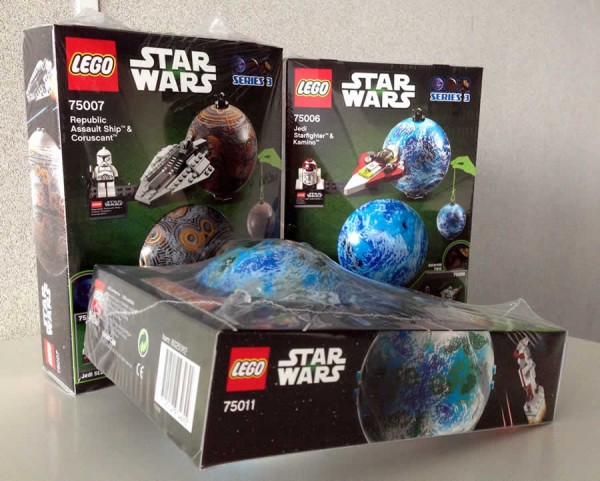 At Disney, it's Star Wars at every meal 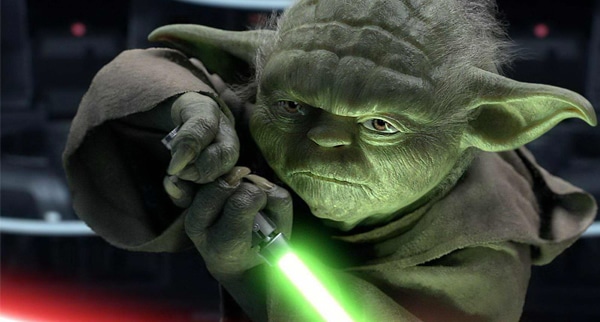 We already knew from the first statements relating to the takeover of Lucasfilm by Disney, we will be entitled to Star Wars all over the place in the years to come.

Bob Iger, the CEO of Disney who understands that it is enough to pronounce the words "Star Wars" to have all the attention of the fans and the media, thus confirms that several spin-offs (derivative films) of the saga are planned. These films will feature one or more characters in a context and a scenario that will be their own on the sidelines of the extension of the saga via a new trilogy.

We already know that Lawrence Kasdan (screenwriter of episodes V and VI) and Simon Kinberg (screenwriter of X-Men The Last Stand and Sherlock Homes) are working on two spin-offs already confirmed on the sidelines of their role as consultants on the next trilogy.

We are talking here and there about Yoda who would thus be entitled to his own film, but we could just as well mention Boba and the others. As usual with Star Wars, the next few years will be full of rumors and expertly cultivated speculation by those who hold the truth.

You wanted Star Wars, you're going to have it with no less than 5 films to be released in the next 10 years. And I speak only what is more or less confirmed.

Personally, I'm not very enthusiastic about the idea of ​​stuffing myself two hours with reverse sentences to learn more about Yoda's youth, but a film dedicated to Boba Fett or Mace Windu would not displease me ...

Obviously, this all means even more LEGO Star Wars for us. And that is good news.

Last minute edition: We're talking on ew.com of films based on the youth of Han Solo and the adventures of Boba Fett ... 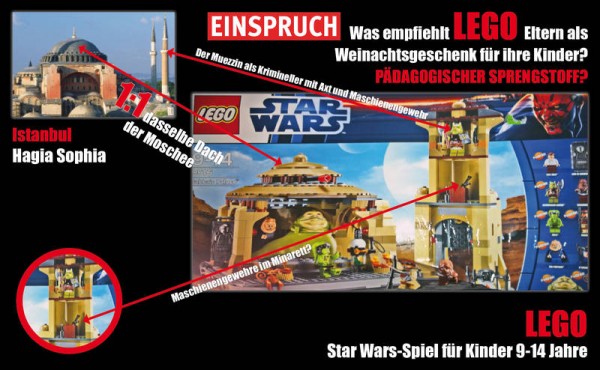 If you follow the blog, you have undoubtedly read my article about the incitement and discrimination lawsuit against LEGO  by representatives of the Turkish cultural community in Austria.

If you haven't read this article which has earned me some rather insulting emails and caused many reactions here and elsewhere, do so before reading the information below.

LEGO therefore reacts today officially on its website to the accusations formulated by the representatives of the Turkish cultural community in Austria and provides answers to the problems of interpretation of the contents of the box set 9516 Jabba's Palace.

In essence, LEGO therefore asserts that:

- The representation of Jabba's Palace from set 9516 is not based on any existing building, and therefore is not inspired by the mosque Hagia Sophia from Istanbul.

- This palace is exclusively inspired by the building seen in Episode VI of the Star Wars saga.

- All products in the LEGO Star Wars range, including buildings and characters, are also exclusively taken from the universe developed in the various films of the Star Wars saga.

- LEGO regrets that the complainant misinterpreted the contents of the set.

Below is the official response in English from LEGO:

Comments are open but will be moderated to avoid any slippage.