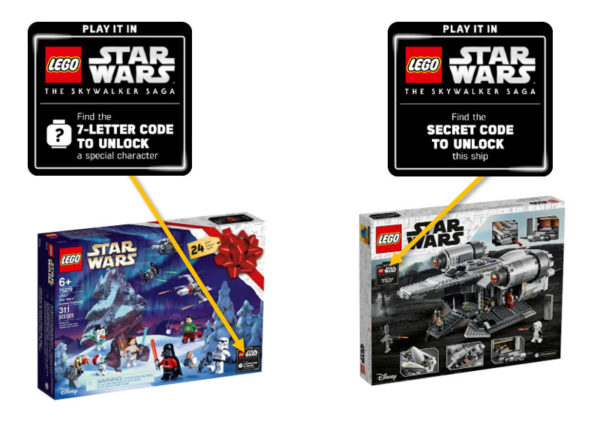 You have probably noticed the presence of a small insert on the packaging of the novelties of the LEGO Star Wars range mentioning the possibility of playing with the contents of certain sets in the video game LEGO Star Wars: The Skywalker Saga and even to unlock characters or ships in the game using a code in the box.

LEGO and TT Games have worked closely together to ensure that players see on-screen the LEGO products they have just purchased and not simplified or modified adaptations of products available on store shelves and we know now that the sets below will be "playable" with digital representations of the contents of these boxes faithful to their plastic counterpart:

The four sets below will allow them to unlock additional content in the game, including non-saga ships such as the Razor Crest seen in the Disney + The Mandalorian series and the Resistance Shuttle from the Galaxy's Quest attraction installed in the Disney parks in the USA. The codes present in sets 75279 and 75291 will simply unlock a character present in each of these boxes:

It is not known whether the codes in question will be unique and different in each set, but if not, you will quickly find them everywhere on the internet and you will be able to enjoy the promised content without having to purchase the corresponding product.

Regarding the release date of the game and the platforms concerned, LEGO is content for the moment to kick in touch on the date and to indicate an availability on Nintendo Switch, Xbox One, PS4 and PC.

We will remember that the date of October 20, 2020 was mentioned a few weeks ago in a video posted on the official Youtube channel but that the passage of the video was quickly withdrawn. 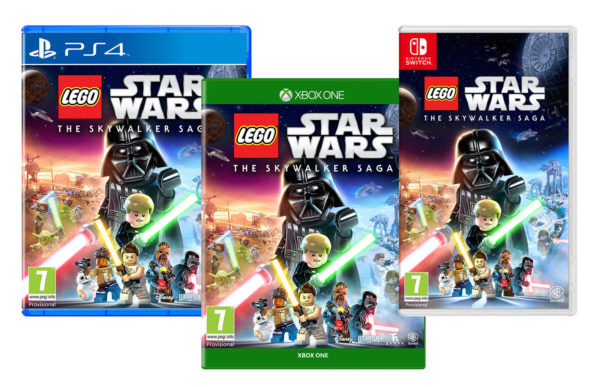 Today we are briefly talking about video games LEGO Star Wars: The Skywalker Saga, this time with the announcement of the official release date of the game: it is set for October 20, 2020.

If until now we had to be content with the deadline indicated by Amazon which mentions an effective availability of the game for December 31, 2020, we indeed learn today thanks to the weekly summary of the news of the Star Wars license broadcast on the official Youtube channel that the game will be available in the fall.

However, no mention in the video below of the possible different editions of the game that will be offered for sale, but we will probably be entitled to a standard edition and a version Premium ou Deluxe with the Season Pass, some DLCs and a LEGO product, as was the case for the video game LEGO Star Wars: The Force Awakens marketed in 2016.

Update : the original video containing the release date announcement was removed from the official channel and then replaced with a redacted version stating that the game will be released "soon":

Bonus: Steelbooks, currently exclusive to the Best Buy brand in the USA and Canada, will also be available: 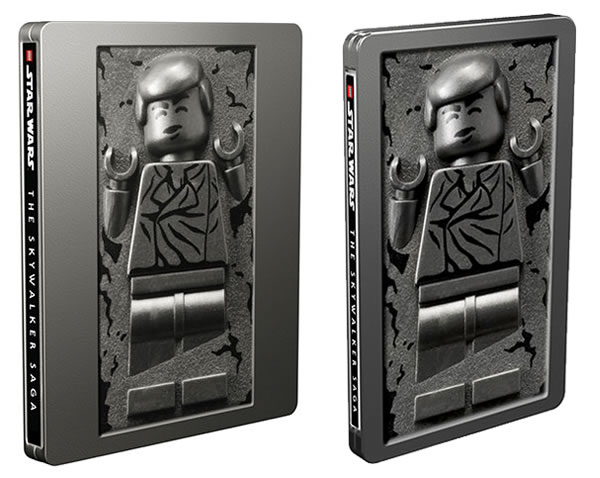 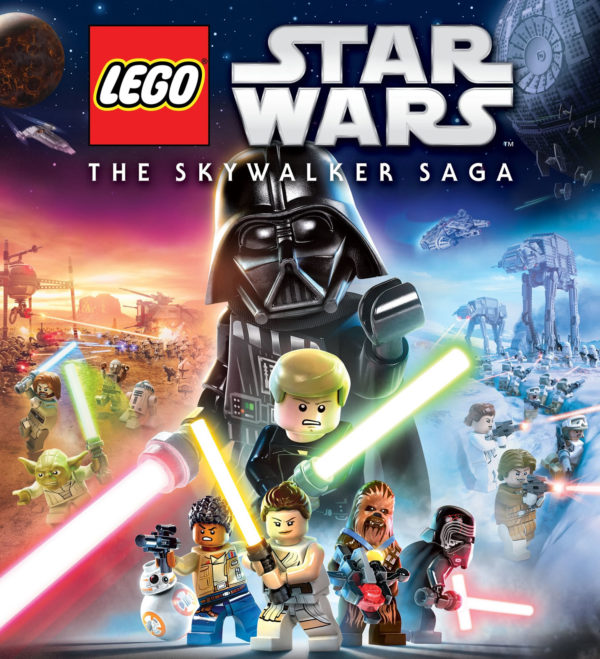 Today we are briefly talking about video games LEGO Star Wars: The Skywalker Saga, with the uploading by LEGO of a visual which should logically become the illustration on the product packaging.

At this point, it is still unclear when the game will be available, with LEGO content to publish the image above without providing more information. We do not know either if we will be entitled to a "premium" version accompanied by a possible minifigure, exclusive or not.

To wait, you can always read the interview with Jonathan Smith (TT Games) and Craig Derrick (Lucasfilm Games) available on StarWars.com.

I give you below the trailer of the game unveiled in December 2019 :

The different versions of the game are currently on pre-order from Amazon, which for the moment is content to indicate an availability date of December 31, 2020: 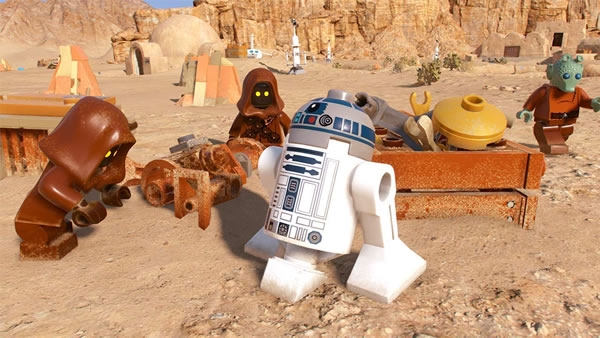 We almost forgot that a new LEGO Star Wars video game is scheduled for 2020 and the teaser posted today is here to remind us. No precise date for the launch of the game, no information on a possible minifigure (exclusive or not) to accompany one of the possible different editions of the game.

What we do know, however, about this game: it will be available on all current platforms (PS4, XBOX One, Nintendo Switch and PC), the last LEGO Star Wars video game dating from 2016, this new version will integrate the two episodes released in theaters since that date in order to be able to replay the entire saga. It will be possible to start the game from any of the nine included episodes, to play on the side of the Force or the villains and the player will be able to wander as he pleases on the many planets of the saga without following a particular script.

The game is currently on pre-order from Amazon, which for the moment is content to indicate an availability date of December 31, 2020.

The two LEGO announcements of the day relate to two video games with the arrival in 2020 of a new LEGO Star Wars game called The Skywalker Saga which will bring together in a single game all the nine films of the saga and the availability from June 13 of a DLC for the game Forza 4 Horizon which features vehicles from the Speed ​​Champions range.

Not much is known about the new LEGO Star Wars game whose trailer below has been uploaded, but it will be available on all current platforms (PS4, XBOX One, Nintendo Switch and PC). The last LEGO Star Wars video game dates from 2016 and this new version will logically integrate the two episodes released in theaters since that date.

It will be possible to start the game from any of the nine episodes included, to play on the side of the Force or the villains and the player will be able to set off (or return) to discover the many planets of the saga without following a particular script. .

As for Forza 4 Horizon, it's a surprising LEGO DLC that will be available in a few days: this new expansion will offer tracks, bricks and three LEGO vehicles from the Speed ​​Champions range (75892 McLaren Senna, 75894 Rally Mini Cooper S et 75890 Ferrari F40).

The previous edition of the game had allowed fans to drive a few vehicles from the Hot Wheels universe, so now it's LEGO's turn to integrate the universe of the fourth version of the game.

This DLC will be included in the Ultimate edition of the game, or sold separately for € 19,99. Xbox Game Pass members will get a 10% discount.

The trailer below is rather promising, it should convince more than one LEGO fan to discover Forza 4 Horizon. Some fans of the Forza franchise, on the other hand, will probably be a little disappointed to have invested in the Ultimate edition only to then realize that one of the two DLCs promised is a LEGO expansion ...